The Brunswick Music Festival may be best known for its showcase event, the Sydney Road Festival, but it’s so much more. Taking over venues all over Brunswick, the two-week celebration showcases worldwide names alongside local acts. We enjoyed ourselves immensely last year, and 2015 was more of the same musical excellence.

My housemate Jez almost blew a gasket when he flipped through the program of the Brunswick Music Festival. Seeing the names Alasdair Fraser and Natalie Haas, he nearly jumped up and down with excitement. I know what you’re thinking: Who? Thing is, I was familiar with Alasdair Fraser as well. It’s hard not to if you’re at all into traditional/Celtic/folk music. The guy is the best fiddle player in the world. No joke. My housemate’s been listening to his music for 25 years, and it was the first time he’s been able to see him perform live.

But first, the Brunswick Town Hall was filled with the Melbourne Scottish Fiddle Club. And I mean filled! Over 30 fiddlers, a harpist, a pianist, and a girl playing a sort of oboe took over the stage. All ages, from eight-year-olds to retirees, played reels and jigs and kept the energy going. Definitely go see them perform.

Then Alasdair and Natalie took to the stage. The man’s been doing this a long time, and his crowd-pleasing pitter-patter had us all chuckling. I could not believe my ears once they got going. Just a fiddle (Alasdair) and cello (Natalie) produced as much sound as a full band. It was incredible — as was the part where they took us on a musical journey out of Scotland to places around the world, from Galicia in Spain to Finland. All have traditions of fiddling, and all were done immeasurably well by the masters of the artform.

The best part of the night came when my housemate was able to get Alasdair and Natalie to sign a CD that he bought for his mum, and to let them know they’re his musical heroes. Awww. -Theresa 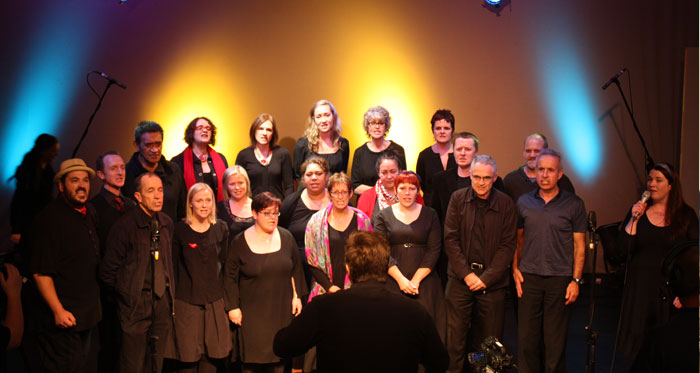 There’s nothing sweeter than the Sweet Mona’s, especially when rocking 50’s hairstyles and singing the best of the best of early 20thcentury gospel in their Melbourne debut of ‘Rock My Soul’.

For the sake of full disclosure, I’ll open by saying many a year ago I was a member in the spinoff kids’ version of the Sweet Mona’s choir. I’ve been listening to them for over ten years and I’m still in love with them all. It’s stood the test of time.

‘Rock My Soul’ kicked any previous choir performance formats out the window. A self-aware 1940s(ish) themed live radio show took place in front of us, with many a harmonised advertising jingle alongside the beautiful singing of the choir. I can vouch personally for Stella Savy’s group-leading prowess, and with her at the helm the group made their way through an amazing set list of the best of the best in classic gospel, with soloists shining and winning the hearts of the audience.

The Sweet Mona’s are what happens when a bunch of ridiculously talented singers get together to make sweet music and take it to the people. Consider my soul thoroughly rocked! -Jasmin

Jasmin Ashton is a PR student and designer from Melbourne who has a lot of feelings about pretty much everything and a need to share them. 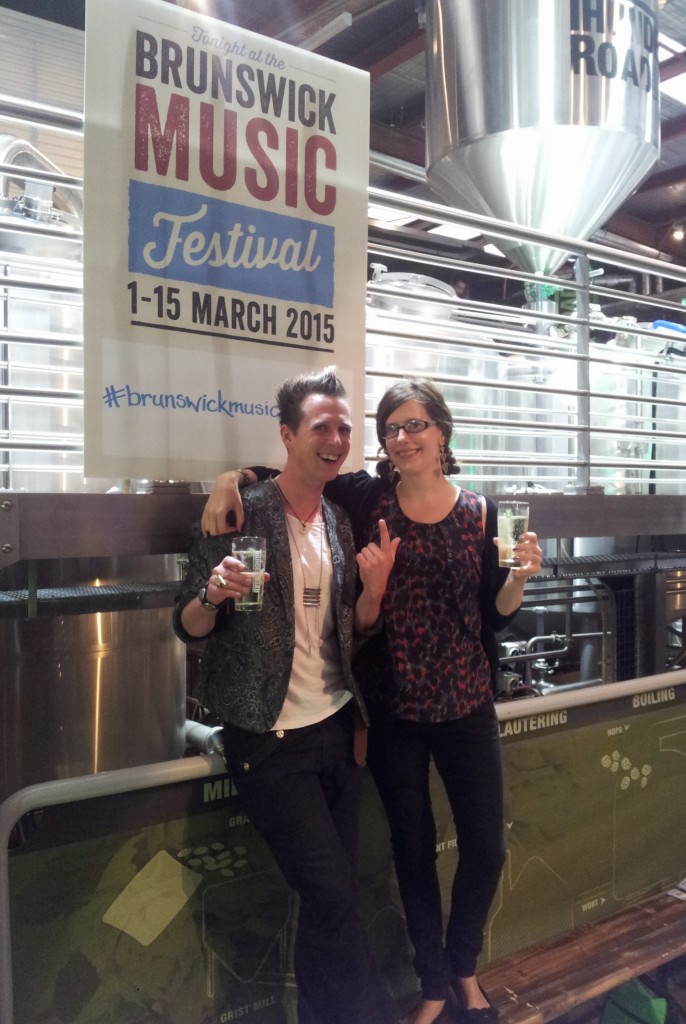 Theresa and her +1 Jez at the Brunswick Musical Festival launch

Special mention has to go out to Thunder Road Brewing for hosting the media launch party. It’s always a delight supporting live music, and doing it in the surrounds of a fantastic craft brewery is all the better. The best part (aside from the beer and cider)? when the Horns of Leroy brass band surprised us all by performing on the elevated walkway the brewers use, which you can see behind me and my lucky +1 in the photo above.

It was just another instance of the great music Melbourne creates — and invites — during the Brunswick Music Festival. Get on their mailing list to keep tabs on next year’s fest. We’ll be there.

Disclosure: The Plus Ones were invited guest of Penney & Logan.