Last weekend was Melbourne’s first Tomato Battle. Held in the similar spirit to festivals across Europe, the intention was to throw tomatoes, listen to music and have a few beers of an afternoon.
Now the first thing you notice when you arrive at the battleground were the tomatoes. There was a massive pile of them baking on top of a bitumen car park. Now that location also worried me, and I immediately stated imagining tomato-plastered people slipping across the concrete landscape.

Photo via Humans In Melbourne

Although the event was scheduled to kick off at 12, the actual battle wasn’t going to be until 4. This left the majority of punters with nothing better to do for a few hours than drink beer and eat from the food trucks until the war was called. There was one dude who apparently spent that entire time dancing in front of the stage that was set up, but not many people were joining in. 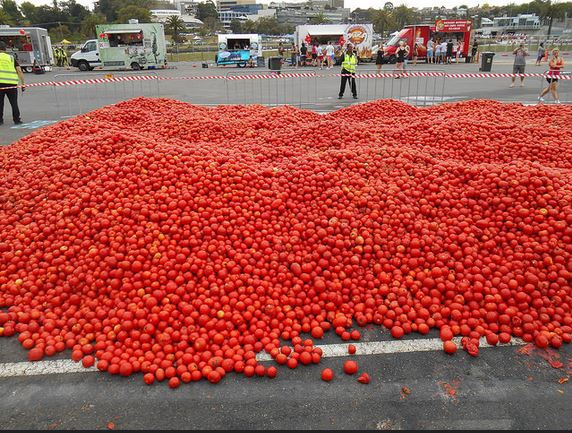 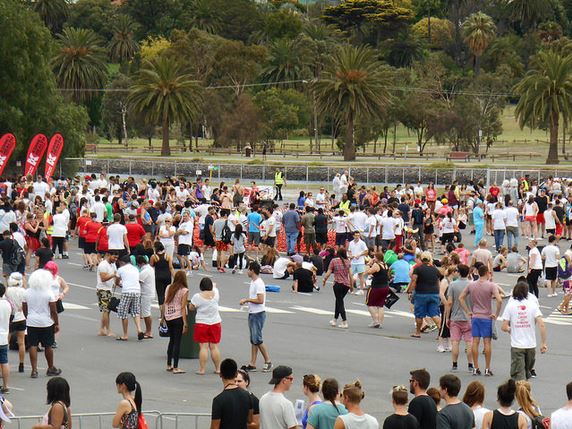 Waiting to throw the tomatoes 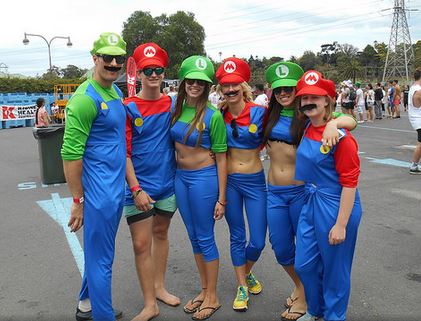 The crowd getting into the spirit

All in all it seemed pretty poorly planned. Arranging for people who have been drinking for hours beforehand to throw hardish objects at each other on top of slippery concrete should have set off more warning bells for those involved. If the event is run again next year I hope that they have taken some lessons from this year. The battle itself was really fun, but I was careful to not get sucked too far into the middle.
-Dan
Dan is a blogger living in central Melbourne. Lover of all things foodie, pop culture, science and history, and sharing all of this from in and around the heart of Melbourne. Visit www.melbtown.com.au.

Disclosure: The Plus Ones were invited guests of Tomato Battle.

Our favourite events of February