Until I saw Cirque du Soleil’s show, TOTEM, I never knew the human body was capable of so much. Ruki and I were thrilled to be invited to the opening night of the famous Montréal circus.

‘Meet me by the giant turtle,’ I texted Ruki. Not a sentence you expect to be writing, but then again, this was a magical evening. Walking up from the 57 tram, you see the huge bigtop at Flemington Racecourse, beckoning you to come closer. The forecort had the enormous moving turtle, stilt-walkers blowing huge bubbles, a graffiti artist painting a mural, and of course, the red carpet. Inside the tent were hundreds of flutes of champagne for the drinking, both before and during intermission. A wonderful touch.

Onto the show. How to capture the movement of acrobats in words? The gasps of the audience, the laughs, the sensation of holding your breath as you watch a death-defying one-handed twirl off a trapeze? One of the best parts of TOTEM is how everyone — and I mean everyone — has a good seat. With a semicircular stage jutting out from the wall, there’s not a bad vantagepoint in the house. The slanted stage opens up in the middle, becoming a platform, a boat, a spaceship. With different tricks of lighting, the stage became a beach, a river, a marsh. The set designer designer deserves a standing ovation. 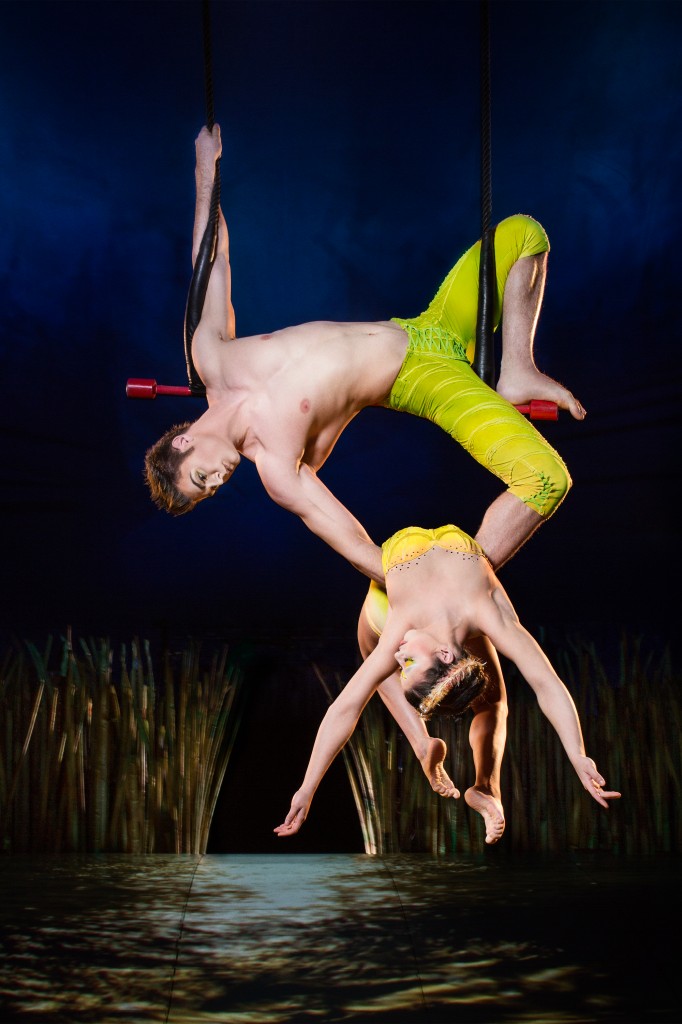 Billed as ‘a fascinating journey into the evolution of mankind,’ a lot of the branding is associated with cultures around the world. This showcased itself in the excellent costumes: there were Southwestern Native American fancydancers (aka ‘Amerindian Dancers’) and Inuit-looking characters wrapped up in white furs, alongside a bevvy of acrobats and strongmen resplendent in Kabuki-style makeup. The ‘evolution’ theme came to the fore from the beginning: acrobats dressed as frogs leapt about in almost inhuman form, as did later on, when several monkeys took to the stage.

There was a little something for everyone: trapeze, gymnastic bars, hula hoops, unicycles. For comic relief, a stock Italian character took to the stage every so often. The four-year-old in front of us shrieked in laughter every time he came on. My favourites were: 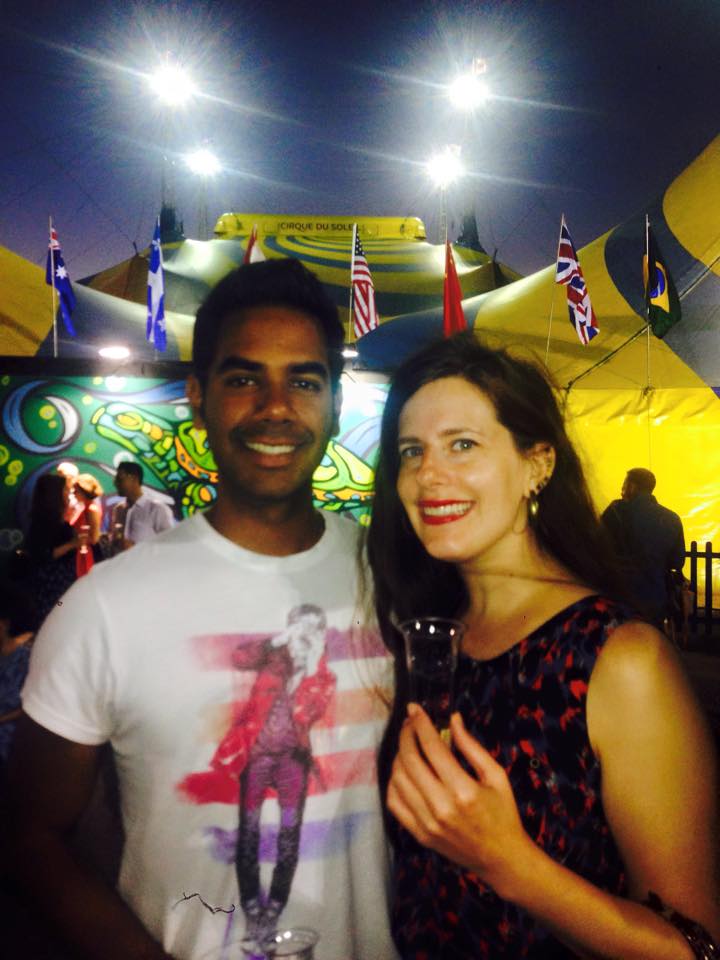 Ruki & Theresa outside the bigtop tent, about to enjoy TOTEM

This is circus at the top of its game, the likes of which you’ve never seen. (And at The Plus Ones, we love us some circus.) I can’t stop talking about TOTEM to everyone I see, telling them how worthwhile it is. Go see it. You’ll be amazed, entertained, mezmerised, energised, enthused, and wowed — until you run out of superlatives.

Disclosure: The Plus Ones were invited guests of Mollison Communications.