Does Melbourne need a new burger joint? Of course! Whilst the market has become hyper competitive over the last couple of years, I feel there’s always room for more. Who doesn’t enjoy a heated debate about what makes a great burger, where the best burger place is, or whether Huxtaburgers are made from unicorn? 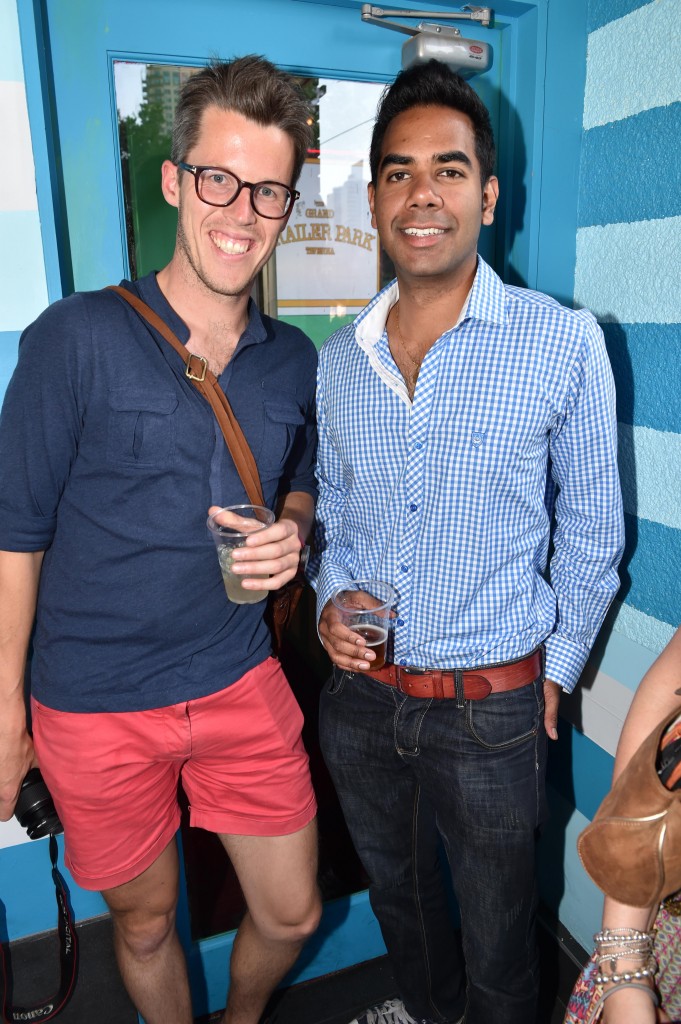 The Grand Trailer Park Taverna is the new kid on the block. It is the brainchild of Josh Lefers and Dani Zeini who form an interesting duo. Josh, ever the showman, owns several establishments around town and is well aware of the effort required to run a successful business. Dani, on the other hand, is much more reserved. In fact, I could only speak to him towards the end of the night because he was so focused on ensuring every burger met his perfectionist level requirements. After a quick chat with Dani it was clear that burgers are his passion — which translates into deliciousness.

The venue fills the space that was once Happy Palace (also owned by Josh). Sadly, I never went there but it never seemed to be in the right spot to me.  There’s still a remanent or two of the old space which oddly enough adds to the trailer park atmosphere that the team tries to create. I liked the layout — it has a good mixture of seating options from open tables to more intimate booths to standing if you so please. The pièce de résistance of the venue though, is its balcony. I can see myself spending many a warm summer’s night there sipping beers and enjoying a couple of burgers whilst watching the Bourke Street passersby.

There opening night had the place pumping and the carnival feel of the venue shone through. There is a handy selection of pale ales and a number of cocktail options. The full menu wasn’t in place for the night, but the burgers we had filled a nice niche between the mini-sliders from venues such as Meatball & Wine and the behemoths that adorn gastropub menus. Dani felt that they were almost there with the burgers (he’s a hard taskmaster, they were delicious) so I can’t wait for my next visit!

Disclosure: The Plus Ones attended the opening night courtesy of Zilla & Brook.