Have you ever wanted to just run away and join the circus? The National Institute of Circus Arts (NICA), affiliated with the University of Swinburne, is the only circus accreditation school of its kind in Australia. In a way I feel like it is the circus arts’ version of NIDA, the acting school that has provided the world with lots of Australian talent. Students that learn their wares at NICA graduate with a Bachelor of Circus Arts and presumably go on to perform in amazing shows with amazing troupes all around the world.

The end of each year sees the graduating class putting on a full flavour production that showcases their newly learned talents. I had the pleasure of attending the production for last year’s graduating class and knew to expect a high standard show. This year’s performance, Dreams from the Second Floor, is the brainchild of Firenza Guidi, a Milan-born veteran of the performance arts industry. 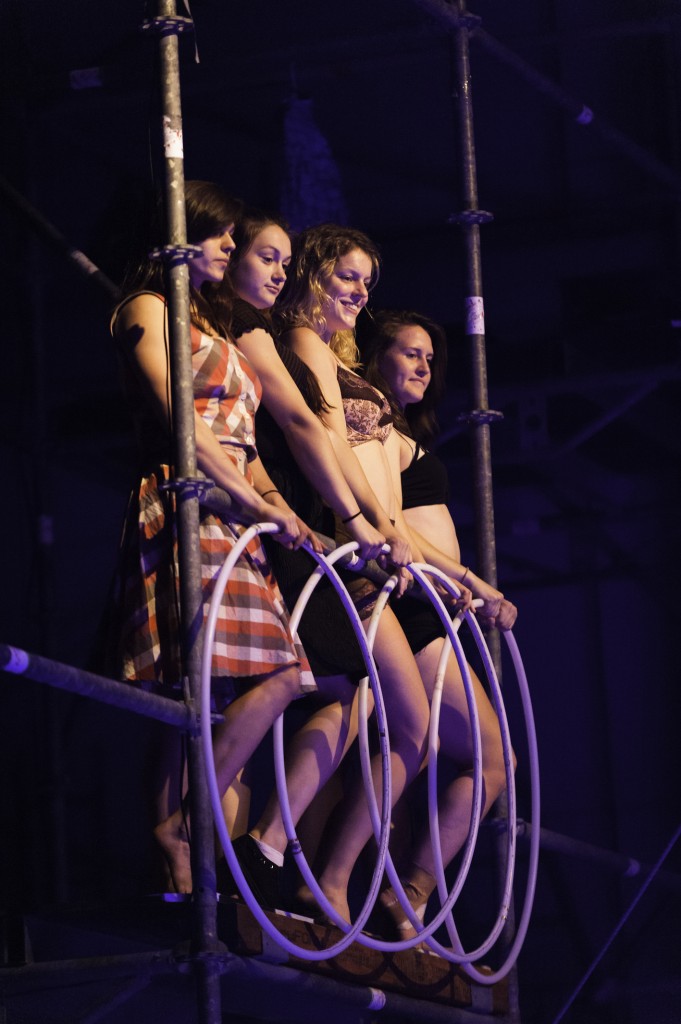 Firenza sets the tone for the evening as soon as you enter the elaborately designed set. Rather than being quietly ushered to your seats guests are taken through the ‘Second Floor’ as cast members move to engage you. The outstanding technical skills of the students (there were 21 in this production) were on display immediately. Teame Ersie, performing on the static trapeze, had the audience captivated (sometimes cringing in awe) whilst he performed feats that appeared impossible for a mere mortal such as myself. In fact, at some stage all of the students had me staring in disbelief with the moves that were demonstrated. I loved the verve of the young cast who pulled off Firenza’s vision with aplomb.

The show is high energy, theatrical, and has a fantastic lighting setup. There are 24 set pieces in total ranging from the German Wheel to a full on Street Brawl! Theresa and I also learned what was involved with a number of circus terms such as Adagio and Roue Cyr.I was thoroughly entertained over the two hours and wish this year’s class all the best for the future.

Dreams from the Second Floor runs from 26 November to 6 December 2014 at NICA’s studio in Prahran.

Disclosure: The Plus Ones attended the event courtesy of NICA.