Gin, glorious gin. An entire restaurant has popped up for three weeks to celebrate it. The Bombay Sapphire Project Botanicals (19 November–6 December) pairs magnificent cocktails with delicious food — and it’s only $35. Unbeatable. 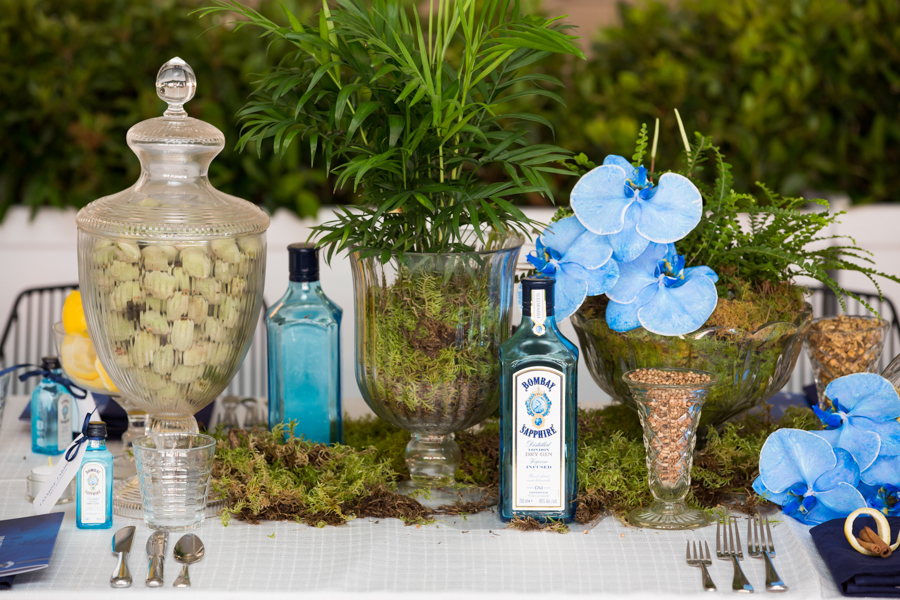 The pop-up is hidden in North Melbourne. It’s a bit of a mission to get there — you can either get off on the Upfield Line’s Macaulay stop, or, like I did, at Flemington Bridge. DO use Google Maps; DON’T follow them so blindly you end up almost walking onto a highway on-ramp like yours truly! Or, you know, just make a friend drive you (and then drink both their cocktails since they’re the sober driver). 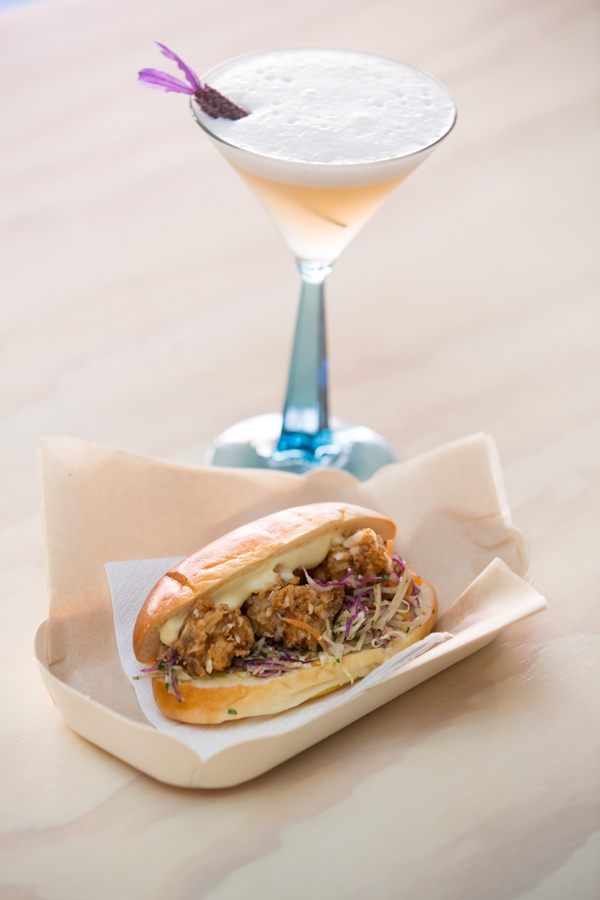 I went the second night it opened, joined by my talented filmmaker/writer pal Tomas. We were both surprised — in the best possible way — at how big the venue is. It’s bustling, people. Dress up! And look around — you’ll never know who you’ll run into. (I saw three friends, including the founder of Melbourne Urban Golf.) Apparently it used to be a cavernous cafe back in the day, but its current incarnation is what the space is meant for: a huge, chic bar/restaurant space. The tunes are pumping, the walls are projected with Bombay Sapphire videos, and there are huge (empty) bottles of Bombay Sapphire you can pose with if you ask nicely. It’s all superbly done. 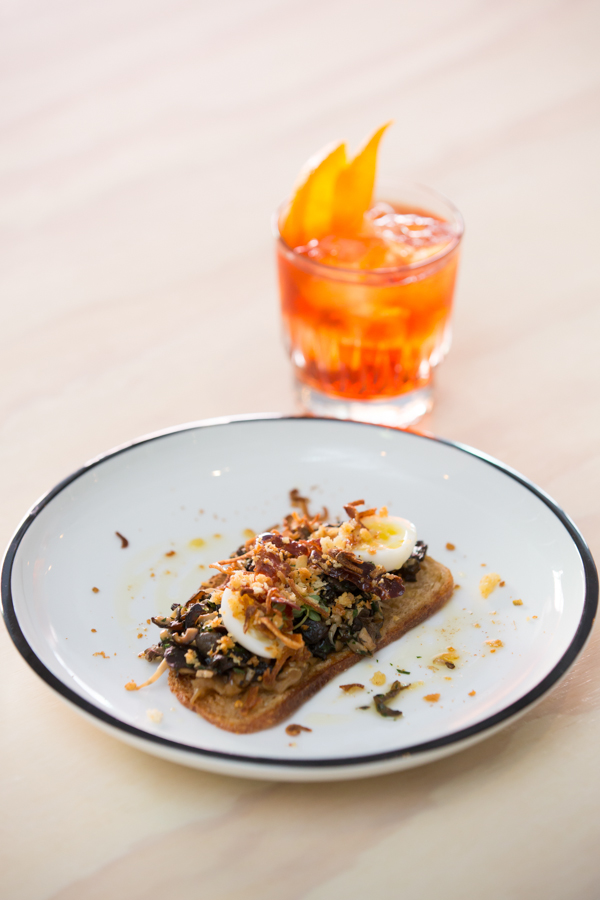 As are the cocktails and food. The whole conceit of the pop-up is to celebrate ten of the botanical elements found in gin. You might know about juniper, but how about the others? Almond, lemon peel, liquorice, orris root, angelica, coriander, cassia, cubeb, and grains of paradise are all in each bottle of Bombay Sapphire. Each of them gets their own cocktail to bring out the specific element. And MasterChef’s Gary Mehigan has created a menu to do the same.

$35 gets you two scrumptious cocktails and two matched nibbles. Vegetarian Tom went with the Tartine of Field Mushrooms paired with an Angelica Negroni, and I chose the Crunchy Chicken Slider matched with the Cubeb Berry Fizz. What’s cubeb? I had no idea, either, but it’s damn delicious. Turns out it’s a berry akin to a peppercorn. Dessert saw us try the two offerings: an Orris Root Aviation cocktail and Strawberries & Cream, and the Grains of Paradise Flip with White Chocolate & Pepper Berry Cheesecake. The Grains of Paradise Flip was my favourite cocktail of the night — I could have had fifteen and died a happy woman. And this is from someone who thought she didn’t care for gin. Bombay Sapphire won me over. 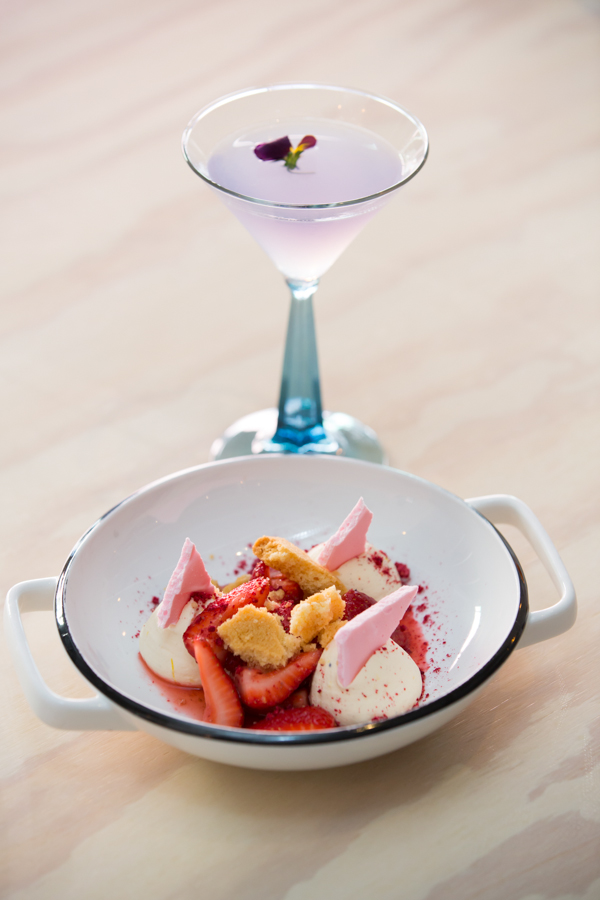 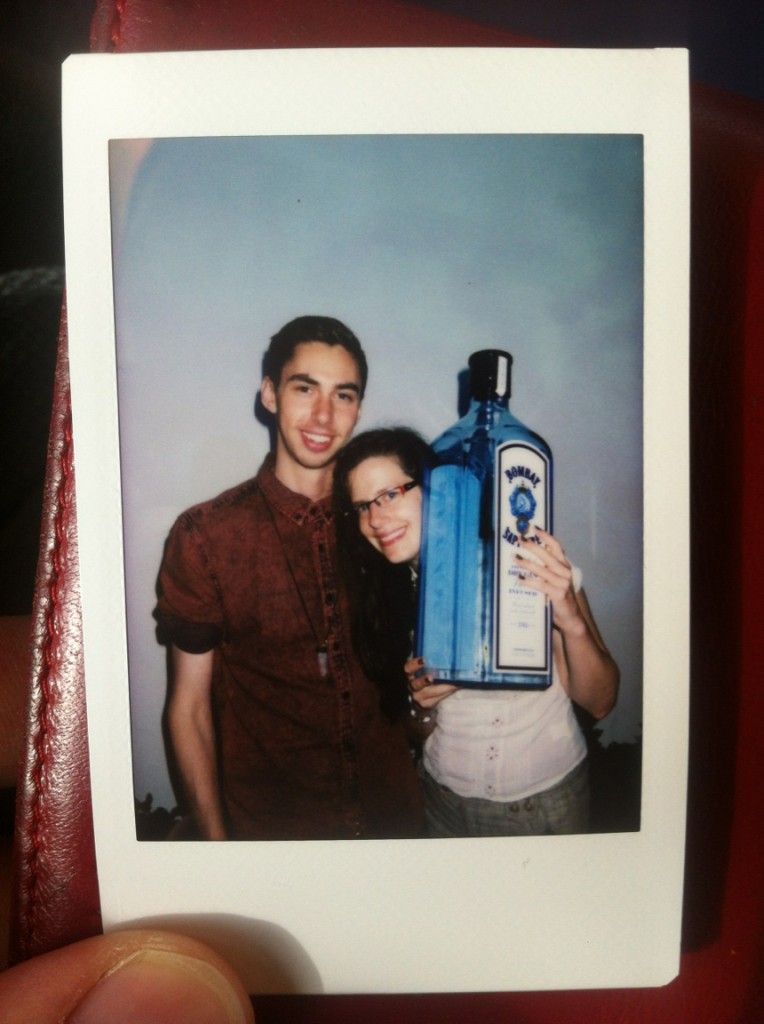 Theresa and her +1, Tom, at Project Botanicals

See what others have said on the #projectbotanicals hashtag on Instagram for drool-worthy pics like ours. Buy your tickets quickly — this magical experience is already selling out. At $35, the value is unparalleled. This might just be one of the best nights you have out this year.

Disclosure: The Plus Ones were invited guests of Bombay Sapphire.