Melbourne Music Week (MMW) is coming! This year there will be 110 events taking place from 14-23 November across 40 different locations. I have very fond memories of MMW, in particular, the enormous effort that goes into creating its Festival Hub.

In 2012 we were blessed with an abandoned ‘Where?House’ in the middle of the city and in 2013 a giant sphere built on Birarung Mar. That sphere was also the subject of one of the first ever The Plus Ones articles following the epic-ness that was the inaugural Tram Jam. This year the team has chosen a Melbourne icon in the Queen Victoria Market. I must confess, given the last two years, I was a little disappointed with the location…however, the prospects of seeing QVM transformed into a giant concert for two weeks has me intrigued! 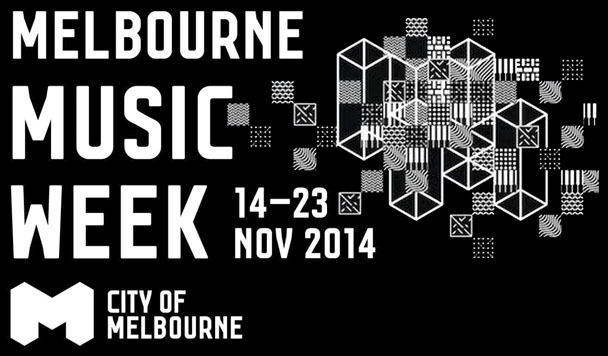 One of the most amazeball features of this year’s MMW is the 40+ free shows that are on offer. These aren’t just the leftover acts or the people that can’t sell tickets but truly amazing shows that are unique in every way. Take for example, Kira Puru…

“Climb flights of rickety wooden stairs to the haunting attic of an old shirt factory, in Melbourne’s heart, to hear Kira Puru create her special brand of musical magic. One of four spaces featured in the series, this site has never seen a live music performance before and, beyond MMW, it may not again”

…what more could a Melburnian want!

The festival itself is split into several categories that should cater for most audiences:

Music Hub – Queen Victoria Market
One-Off Concerts – One-off live shows in iconic and unconventional spaces give rise to rousing performances
and stimulating creative concepts from local heroes and international stars.
Live Music Safari – Live Music Safari captivates the city with free events at 14 famed music venues and 3 laneways for one night only. All Free
Film – Music, performance and cinema coalesce at film screenings at ACMI and Rooftop Cinema. Rooftop Cinema Series – Mistaken For Strangers, Surprise Screening, 20,000 Days On Earth – All Free
Self Made – I have got to say the ‘Self-Made’ category has me buzzing. These are so, so cool and they should happen more often!
Industry – Talks, panel discussions and Q&As covering pivotal topics influencing the music industry
Family – Melbourne’s next generation of music lovers are catered to with an engaging line-up of fun events specifically designed to appeal to kids

As always, we have scoured the program and picked out some of our favourites:

Friday 14 November – Friday Nights @ NGV – Bombay Royale & Jean Paul Gaultier . I’m not going to miss Bombay Royale for a late night session the NGV’s Jean Paul Gaultier exhibition.
Sunday 16 November – ACMI’s Intermix Program – invites young people aged 15 to 25 to join the team creating a large-scale video installation, to be projected on the second storey, public-facing surface of Signal, live for MMW.
Thursday 20 November – Hunt.Tram.Party – if you get in for this event, go – just go! I went to a similar Tram Jam last year and it was epic!
Friday 21 November – Roller Jam – Foreign Brothers are back to transform 1000 £ Bend into a roller disco of cosmic proportions
Friday 21 November – Innocuous Laneway Party – Set in the heart of Melbourne’s CBD, Innocuous takes over Somerset Place with DJs spinning tunes until twilight and beyond.
Saturday – 22 November – Residency – Open for three nights, only for MMW, this warehouse pop-up bar transforms with the work of artist-in-residence

You can check out the entire schedule here.

Suffice to say, we can’t wait for this year’s festival. It is going to be a great two weeks!

Jewish International Film Festival – The Plus Ones’ Guide