I hadn’t been to an event organised by the Realityworks team before but I had heard good things. The team has organised festivals around Melbourne for the last 15 years and like many event organisers pondered about what next…

The answer was Fourcolours, a tightly curated party that had colour at its core. 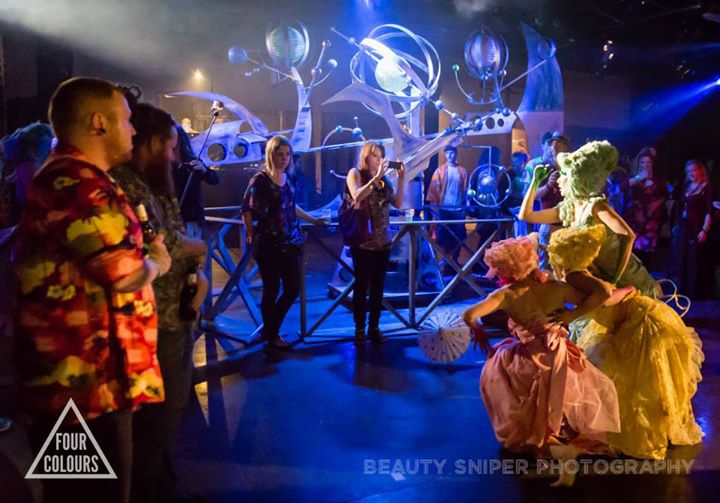 Realityworks made a very good choice in the choosing the Revolt Art space for the party. I had been here once before and loved the maze like structure and its conical of rooms. The team had spent considerable effort rendering the space to theme and each room had its own unique vibe. 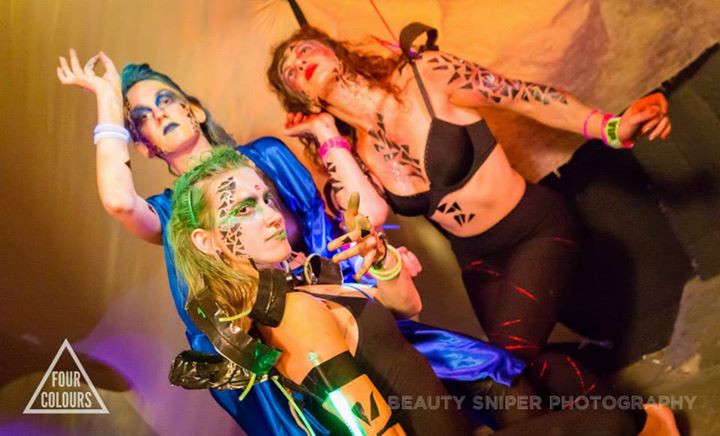 As we descended down the rabbit hole (the entrance) we were able to sate our curiosity with four uniquely designed rooms. The Temple Dance Space which showcased a line-up of fantastic DJs and had a more intimate feel to it, an Art Space which housed a lot of chairs and artist paintings from across the country, a Craft Space where people were busy painting each other, Larger Dance Space which was the large dance floor that typically adorns most clubs. 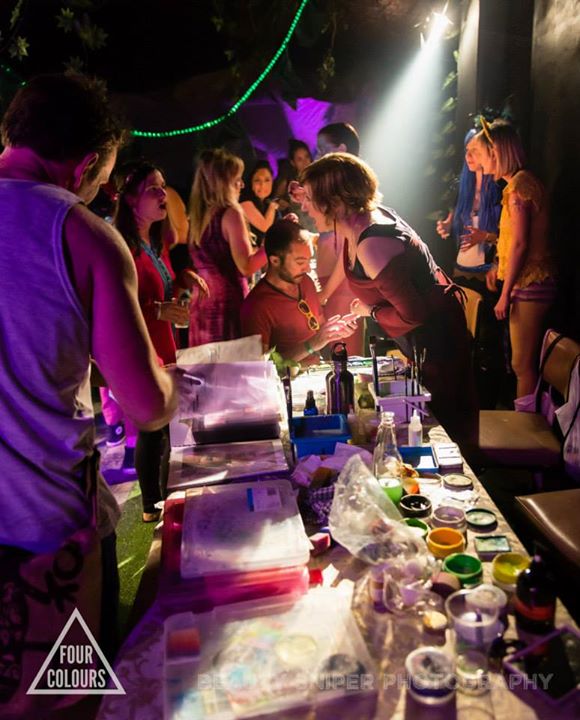 Bars and food were neatly located throughout and I was especially happy that my favourite beer of the moment, Kung Fu, was on tap!

The party didn’t end at midnight and everyone was whisked away to the afterparty by pre-organised buses.

There was a lot to love about the night. But I think and heard from most participants is that the appreciated that the organisers didn’t try to cram as many people in as possible. The event was limited to 500 people and sold out in quick time but could have easily held twice this as many people. I suspect that this was deliberate and flows with the ethos of the team in that they wanted people to enjoy themselves rather than cram in as many for a profit.