I’m a Scottish lass so it was only natural when I heard Glasgow DJs Keith McIvor (Twitch) and Jonnie Wilkes (Wilkes) – aka Optimo – were hitting up Melbourne, my dancing shoes and I jumped at the chance to go.

I grew up moving and shaking to these lads when they were weekly residents at Glasgow’s Sub Club, and since the good old days the duo are busier than ever, and luckily for me this time, are in growing demand all over the globe (but sweetly staying true to their roots, they still play in The Sub Club one night a month).

Playing at Shadow Electric in Abbotsford Convent, which just happens to be the perfect place to have Sunday sessions in the sun regardless of the entertainment, the Celtic longstanding duo came back from closing Meredith festival to play a three-hour set just for us (well, me and about 300 other Scots and Melb hipsters, as well as some fully acclimatised and amalgamated Scottish hipsters). 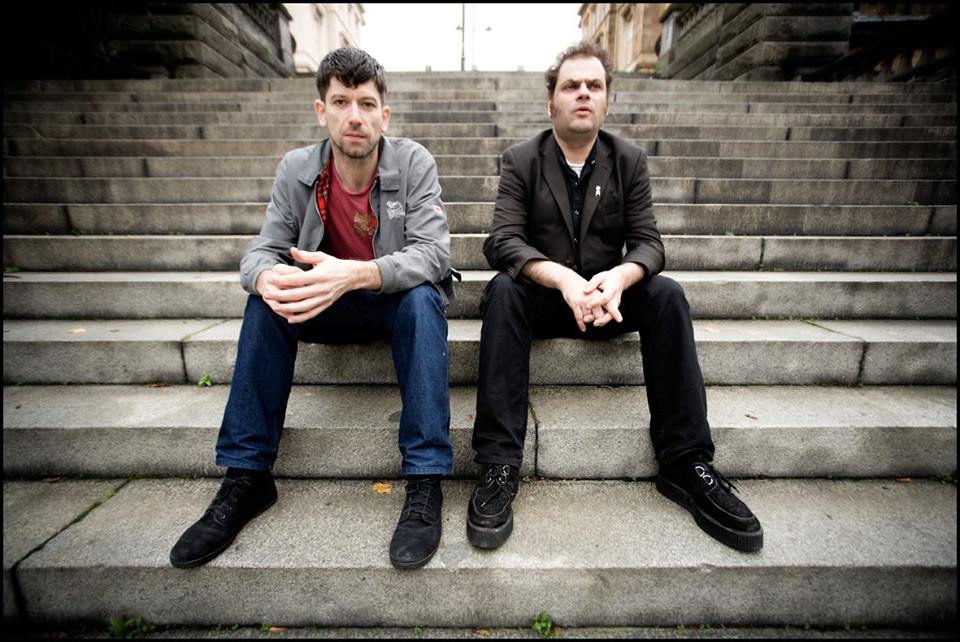 And of course, they did not disappoint. I almost felt at home, what with all the Scots surrounding me… the weather being the only blatant give-away.

With some gig-goers topping up from the night before and others fresh and up for fun, this special event kicked off at 3pm with a two-hour set from Melbourne player Matt Radovich, followed by an hour from Yaldi Boomtime who gave it laldy (that’s Scottish lingo for doing something with great enthusiasm), and another from local music producer, DJ & musician T-Rek.
By this time the crowd were sufficiently oiled up and ready to rock the dance floor to Optimo’s magnificent three-hour set.

Renowned for melding the unexpected, Optimo dropped record after record, mixing up techno, electro and rock. The floor was bouncing, sweaty fists were pumping and “Here we, here we, here we f*cking go” was being chanted at regular intervals (another lovable Scottish trait we do when we are super excited… which I hadn’t heard for years and brought the biggest smile to my face and even a wee tear to my eyes).

The epic night ended with a thumping set from Stockholm Syndrome, before we were all told to clear off and go home at the respectable time of 11pm. It was a Sunday after all.

-Claire
Claire Henderson is a passionate lover of food, fashion, and all things fun and fabulous.

The Plus Ones were invited guests of This Much Talent.