The Plus Ones sent three writers to Sexpo, Australia’s largest adult exhibition. Here are their slightly-NSFW accounts. Read on for their accounts of bouncing in an inflatable vagina, meeting topless firefighters, and a visit to Pricasso the penis portrait artist. 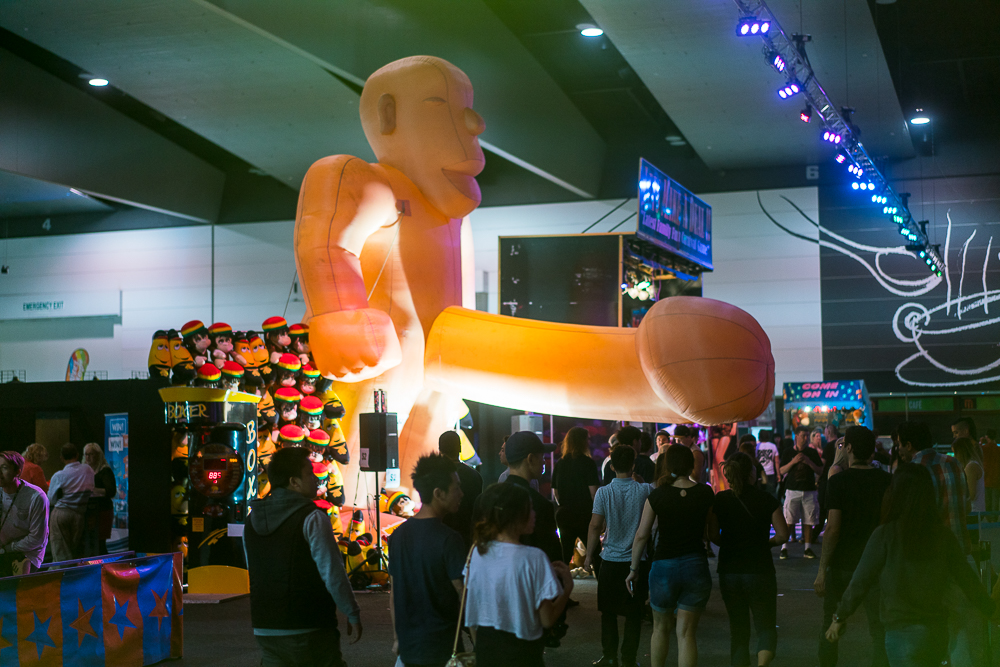 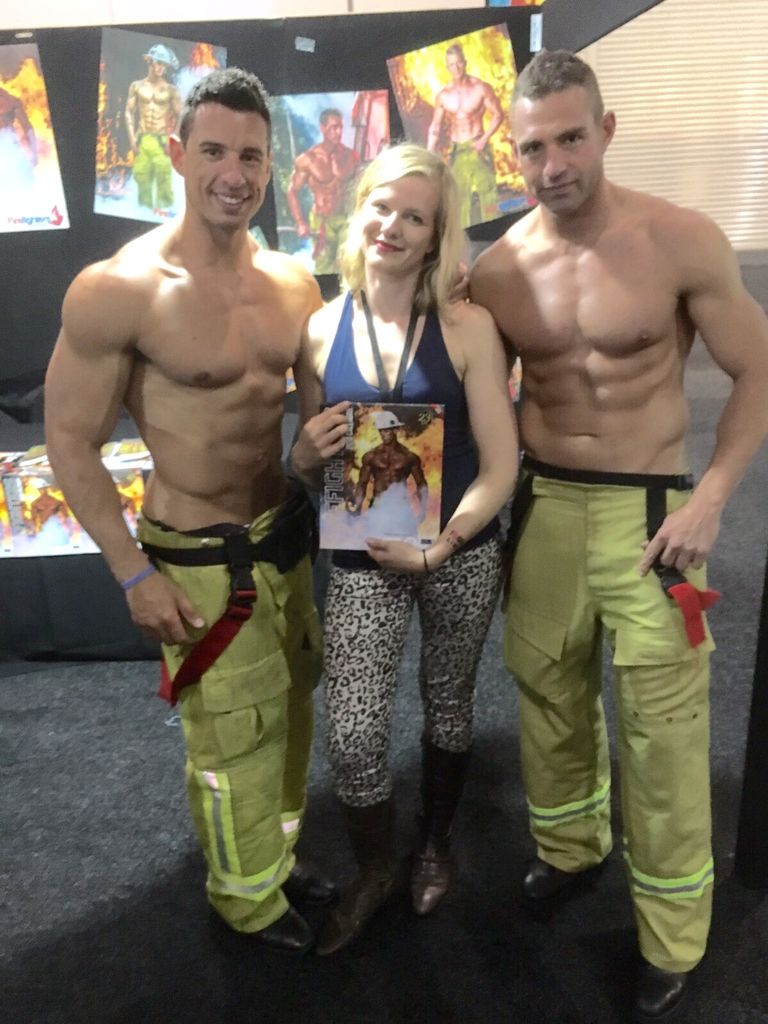 I finally popped my Sexpo cherry. After 31 years in this world I figured I better get up to speed with everything there is to know about… well, sexy stuff.

I teamed up with my friend Christian and together we ventured into the Melbourne Exhibition Centre in search of some naughtiness.

Amongst the many sex toy stalls (some of which sold some real bargains if one was after cheap designer vibrators or fake vaginas) I discovered what was definitely my favourite display of all: a sexy bouncy castle. To get in I had to enter (excuse the pun) a huge inflatable vagina. What followed was a short yet hilarious bouncy obstacle course. This got me quite puffed, and as I climbed and crawled over inflatable breasts and penises I worried what my questionable fitness levels may mean for the real deal! I exited through a giant boob. THE BEST.

Other honourable mentions go to the friendly (real) topless firefighters, the fetish room of whips and the memorable amateur stripping competition. All in all a very good night and I learned a trick or two as well! 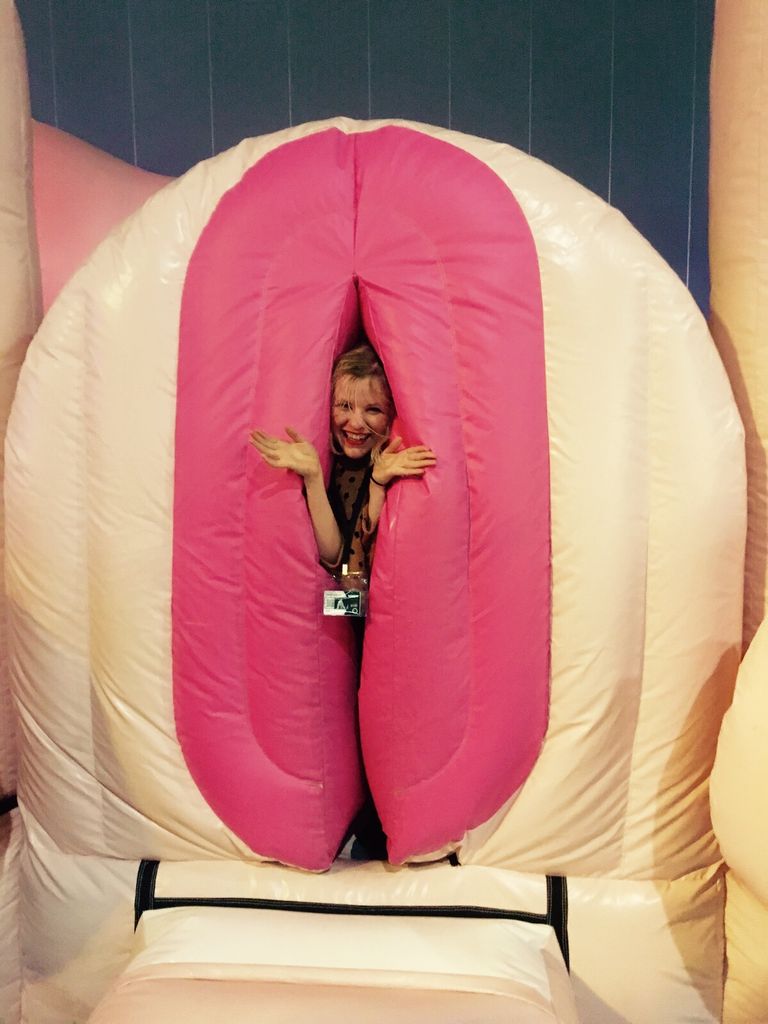 Claudia in the bouncy vagina

Coconut oil. Apparently it’s not just for tanning any more. Men Xclusive, the male revue, provided that bit of education at Sexpo. The world’s largest adult exhibition had several new experiences in store for me over the weekend, including The Sperm Worm – an inflatable ride that takes playful adults through a bouncy vaginal canal journey. Also added to my list of new experiences: writing the phrase “bouncy vaginal canal.”

Sexpo combines silliness, sexiness, and shopping. My plus one and I giggled at attractions like Pricasso the penis portrait artist and Tittysaurus, the 8 foot tall boob mascot. The organizers made an effort to appeal to both genders, so I took it upon myself to ogle the array of six-packs on display. (I’m all about practicing journalistic integrity in the ladies’ lounge.)

With the range of exhibitors selling items, Jeff’s Shed is more expo than sex club. But I can guarantee you’d rather be at Sexpo than the Home Show!

– J.J.
J.J. loves a walk on the naughty side, especially when that walk involves Australia’s finest shirtless firemen. 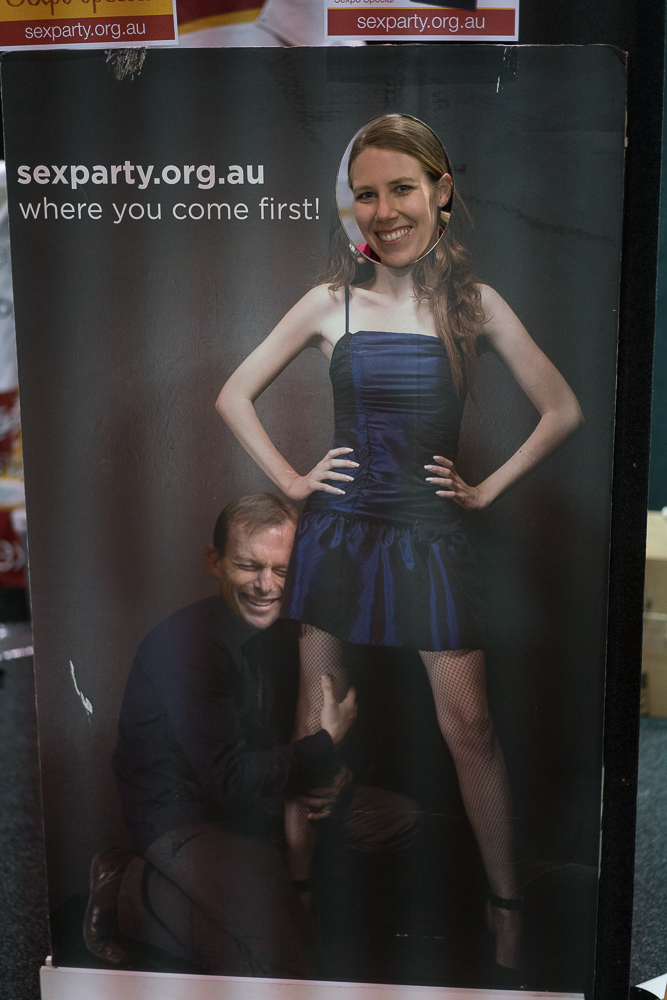 Disclosure: The Plus Ones were invited guests of Sexpo.

Comma Sutra at The Butterfly Club