Melbourne, you just keep getting better and better. In September, we darted between launch parties for Melbourne’s new Southbank market, a pirate tavern, Scribble Creative’s salon featuring an independent publisher, the opening of a new Thai restaurant in Collingwood, and Prahran’s new creative arts venue. Read on for our favourites! 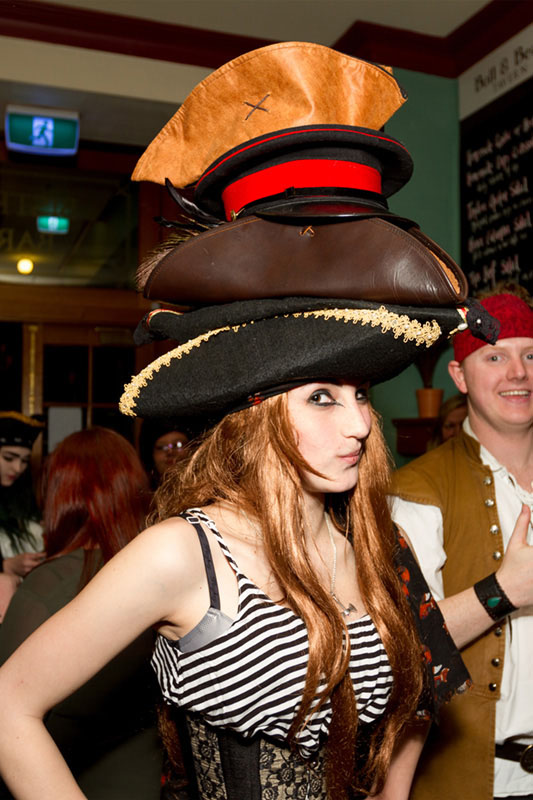 Weigh anchor and hoist the mizzen! On Saturday the 17th of September The Plus Ones set sail to the annual Pirate Tavern & Market held at The Bull and Bear on Flinders Lane. Now in its fourth year, they promised more traders, more entertainment, more games, more music, and more booze — and blimey, did they deliver. The day was jam packed with sword-fighting, balloon stomping and even some tango lessons, followed by a hilarious game of Cards Against Humanity. Fear not if ye missed out, The Pirate Tavern will be back next year with its brigade of buccaneers and buxom wenches ready to heave three sheets to the wind.
-Brenton
Brenton Spink is a social Melburnian who loves a good feed, drink, dance, and other related shenanigans. Find him on Twitter at @SoSpinky. 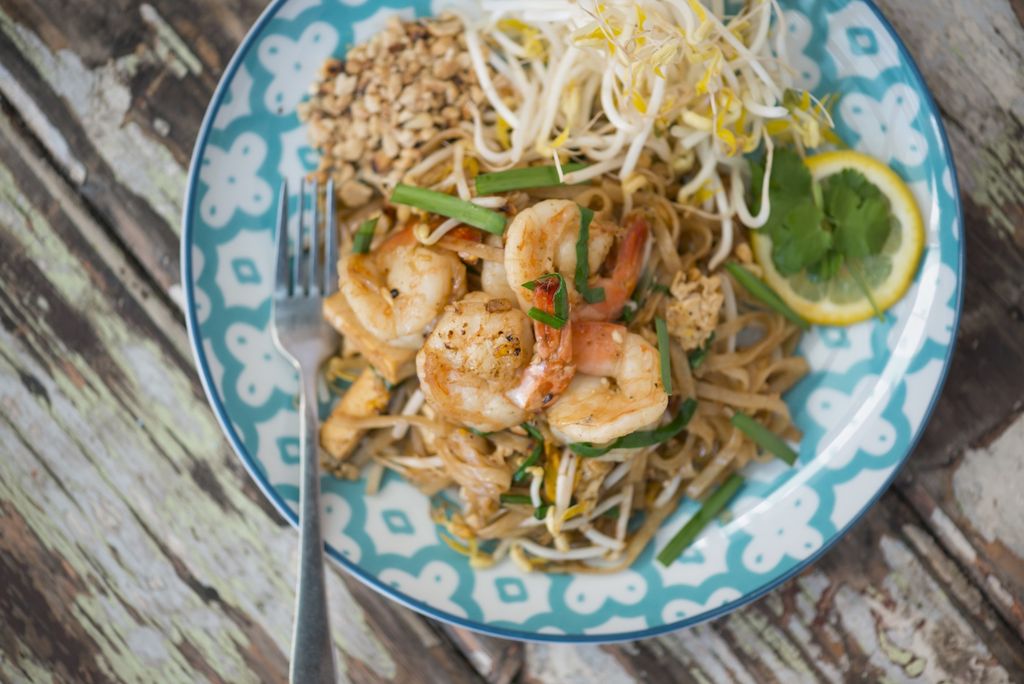 Launch of Son in Law restaurant

Rukmal and I were invited to the launch of Son in Law, the new Thai restaurant on Johnston Street and Wellington near The Tote. Inside you’ll find something rarely seen in Melbourne: walls with colour. After one too many venues with all-white walls or all-white titles (or off-white tiles for a change), the glorious light blue and yellow paint was a sight for sore eyes. As for the kitchen, they of course had the eponymous Son in Law eggs in abundance, of which I might have had a fair number. After my third or fourth helping of the pad thai, Ruki had to pry me away. It was just what I was craving. Well done to the team (Tony and Oh Rungpradit, of the former Chapel Street Ayatana), for opening up a cute place. Next time I’m craving Thai food and I’m in their neck of the woods, I know where to go.
-Theresa
Co-founder of The Plus Ones, Theresa has embarrassingly never been to Thailand.

Food. Wine. Words. What’s not to love about that? An evening of chatter, networking and performance, The Scribble Salon is a new event for writers and those interested or involved in independent publishing and creative writing. Co-hosted at Pozible HQ in Collingwood by self-professed purveyors of fine words Sarah Jansen of Scribble Creative, and Dan Christie of The Rag and Bone Man Press, it was an interesting night of live readings, insider knowledge, and creative flow. Industry professionals shared their experiences with financing work and getting published, before seasoned and new authors read aloud their creative musings. If you want to get your work out there, or be inspired by others who have gone before you, head along to the next event and grab the open mic! $15 entry includes a glass of wine, nibbles and the company of like-minded individuals. The next event is Press Play on 23 October.
– Collette
Collette Swindells is a designer who writes or a writer who designs, depending on which day or time you catch her. Read her thoughts on running a fashion business, AYLA Maternity, on her blog. 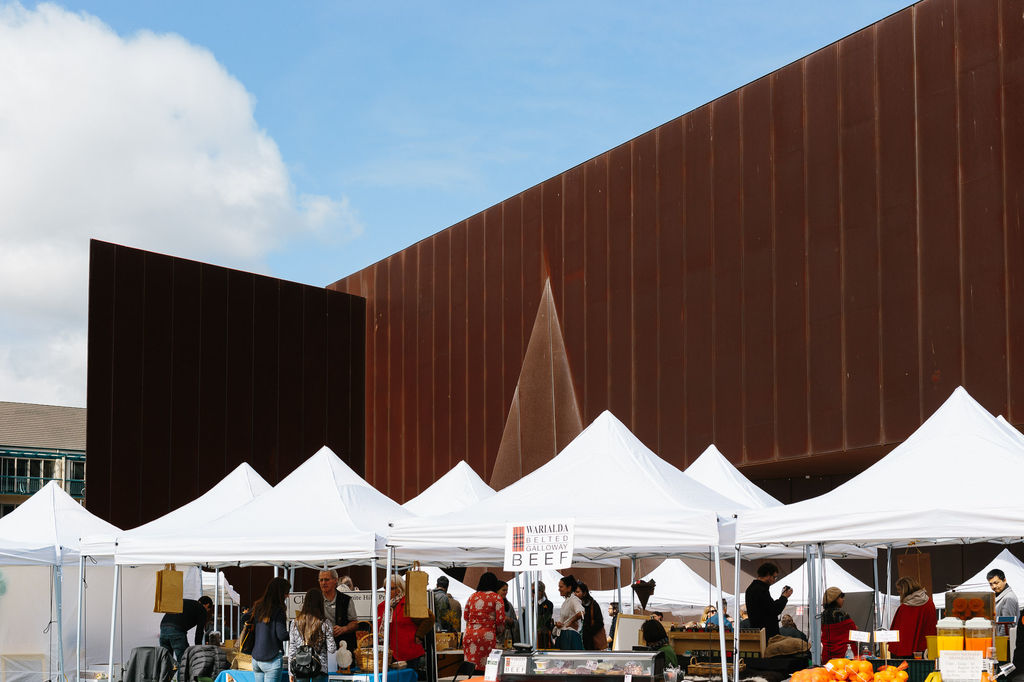 Melburnians love their markets, but there are still gaps in the, er, market for more. Enter The Upmarket, filling the much-needed gap in Southbank. TPO writer Collette and I were there for the very first one, which featured a bevvy of really cool vendors. We could tell the vendors were picked with care — they’re all top of their game. We mowed down on wallaby (yes, for breakfast) and French sparkling while listening to the opening speeches. Turns out it’s been years in the making — everyone is grateful and excited it’s finally happening Held the first and third Saturday of the month in the forecort of ACCA (Australian Cetnre for Contemporary Art), it’s an easy stroll from the Yarra. Pencil it in for a day out — and maybe time it so you can hit a matinee at the Malthouse after. Or sign up for a workshop. The one on 3 October is on taxidermy!
-Theresa
Co-founder of The Plus Ones, Theresa loves getting out and about to all corners of the city.

Dr. Sugar is a an arts venue off Chapel Street in Prahran — just what the south side needs. It’s the brainchild of Tash York, whom we love from her show ‘Adult Fairy Party’. Rocking up to Dr. Sugar, I realised I’d been in the venue many times before for a life drawing class a few years back. The warehouse has been revamped into a cabaret lounge — all black walls, purple velvet, touches of leopard print, and lots of glitter on mannequins’ legs hanging above the bar (which fell into my bubbles, ooops). On the VIP opening night we were treated to the hilarious hostess Jan Van Den Stool, along with acts ranging from an older guy telling dad jokes (perfect for a cruise liner…) to Steve Dorrington (fresh from competing on a bigtime musical show-that-shall-not-be-named). I fiiiinally got to see Dolly Diamond, which was a delight, and Geraldine Quinn showed us her pipes (and great set of pins). Make sure to stay tuned to Dr. Sugar’s Facebook page to find out about upcoming acts — and become a member to support them!
– Theresa
Co-founder of The Plus Ones, Theresa’s favourite part of Dr. Sugar’s opening night was finding out that her +1 for the night lives not even a block away.

With this many things on offer, you’re going to have to get out and explore the city yourself. But before you do, make sure you’re following us on Facebook, Twitter, Instagram, and sign up to be a VIP!

Disclosure: The Plus Ones were invited guests of Golden Owl Events, Scribble Creative, Q Strategies, Dr. Sugar, and Zilla & Brook.