Truffles make everything better, this is my general view. So when you can get a truffle butter, truffle infused egg, truffle oil, and truffle salt bruschetta or a ‘quadruple truffle smash’ (my own phrase) you can bet that you’re a happy camper! The Melbourne Truffle Festival is held at the Ivanhoe Centre across three floors. There’s cooking demonstrations, tons of samples and an alcoholic beverage or two. With many of these exhibitions, hearing the vendors talk with immense pride over their creations is always the best bit. The truffle hunt though, was a close second.

The Truffle Festival goes until 18 August. Make sure to check out some of their other events such as Hunt Club, Deja Vue, and Bistro Vue. – Ruki

Nestled within a fashionably distressed warehouse accessed by an alleyway, this year’s Yarra Valley in Melbourne event was quintessentially Melburnian. Offering up the tastes and smells of the Yarra Valley in the hubub of Melbourne’s CBD, we were treated to the inside knowledge of Victoria’s best viticulturists and tasted the fruits of their labours without even getting our heels dirty. Yarra Valley in Melbourne is a great way to whet your palate with Chardonnay, Pinot Noir, bespoke gin, cheeses, and relishes – all from local producers.

If you’re a wine connoisseur or, like me, a wine beginner, mark this event into your calendar for next year. But in the meantime, check out Wine Yarra Valley to discover the wines for yourself and plan a tantalising roadtrip. – Charli W. 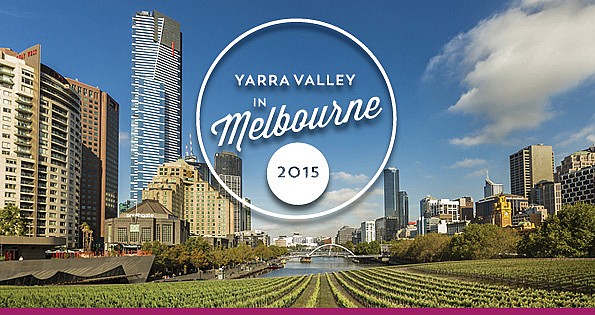 Hawthorn’s newest movie going experience, Lido Cinema, exudes the beauty of a bygone era while offering the luxuries of the modern day cinema experience. Redecorated to pay homage to its one hundred-year-long past, the building perfectly melds together the psychedelic 60s with the lush interiors of a 1910s cinema and the beautiful architecture of a 1930s cabaret house. Add to this a brand spanking new rooftop cinema, an old school jazz room operating every weekend, and a menu featuring vegan friendly popcorn, local wines, dumplings and cheeses, Lido Cinemas is designed to please anyone and everyone.

The Plus Ones were invited to a special preview of 8k Radius, a Lido Cinemas-produced mini doco-series of local people and the stories they have to tell. Each one was poignant and beautiful in the simplicity in how they were told. 8k Radius reminds us that everybody has a story to tell, even the blonde woman sitting next to you on the tram right now. Or that old man on your street who tries to take his cat for a walk every Saturday.

If you want to see these stories yourself (trust me, you do), Lido will be screening 8k Radius as shorts before movies, one a week for eight weeks. They perfectly capture the small town community feel Australia still harbors in its inner city suburbs while perfectly complementing Lido’s commitment to showing both Hollywood blockbusters and local, arthouse films.

P.S. I also heard a rumor that the rooftop cinema’s virgin showing may include a certain sexy British spy. Keep an ear to the ground or check out their website for updates.

The Carlton Club is a Melbourne institution. As a guy, we’ve all been turned away from this place on an occasion or two, but we always keep coming back for more. It has one of the most decadent rooftop bars in Melbourne and the safari theme that pervades its interior creates great talking points when on dates.

The Bar Dream was a concept that the team dreamed up last year and they have decided to keep it going. Picture six different themed bars, created and run by people who have never owned a bar.

Carlton Club provides significant financial support to the themes to makes their dreams a reality. I loved chatting to each bar ‘owner’ about their inspiration and also their day jobs. Each team essentially had three days to get everything in order – seems like The Block on speed! They all had great stories to share and their excitement rubbed off on patrons.

Did I have a favourite…well, there were two. Is ‘favourite’ a superlative? Well, still I had two! Glitterati themed out their gold leaf covered creation as an ode to glam rock. While the beats at Ciao Ciao take inspiration from an Italian fashion party and were just to my liking. The other bars were stellar too.

The ‘dream’ is only on for a limited time each Friday and Saturday night. Makes sure to head on down to soak it all up. We love when Melburnians take another angle to create something unique and this is unique in every way! – Ruki 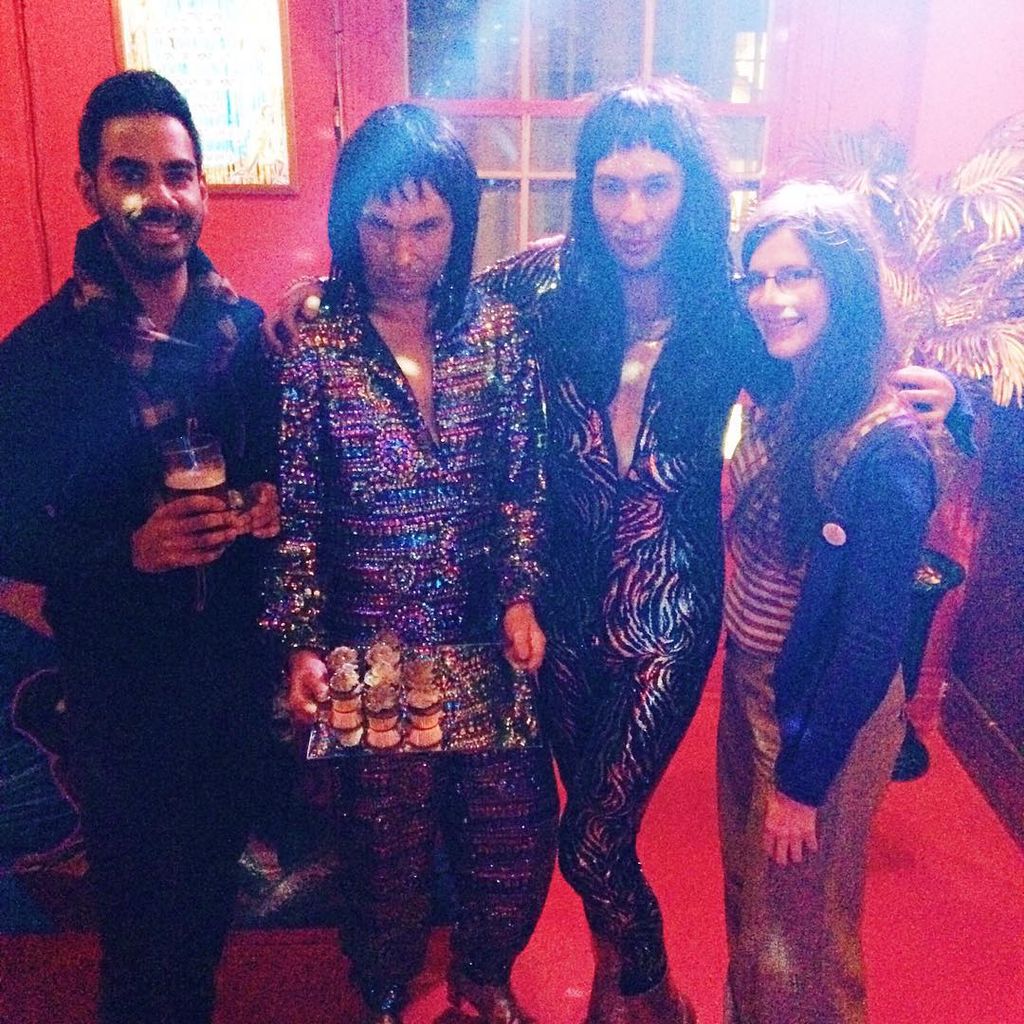 Ruki and Theresa at The Bar Dream launch

This weekend was the second year anniversary of the Second Story Studios which they celebrated by organising ‘The Winter Playground’, running from the 18th to the 20th of July. The playground was all about music, markets, theatre, fashion, cinema projections, art exhibitions and workshops. Saturday was the big party, so I went there to try out the famous Pillow Fort party specially made for the occasion.

We were greeted with Mexican chili hot chocolate and vegan tacos. The fort itself occupied half the room and consisted of sheet tents, with mountains of pillows, beds, carpets — everything to make you want to feel comfy on those cold Melbourne winter nights. The few children present at the party seemed to have the time of their life.

After playing Giant Jenga and chilling in the fort, laying on a comfortable bed listening to Gramaphone DJ ( an amazing dude all dressed up like in the 1900’s playing his set on old gramophones!) I tried the Cuddle Party. I don’t know if you are familiar with it, but I wasn’t. Let’s say that it’s very interesting, and I strongly suggest to try it to make you own opinion. The organiser of the workshop, Lindi Hunt, was very professional and went through a lengthy but fascinating explanation on the benefit of cuddles. For my part, it was a ton of fun, but you need to be comfortable hugging complete strangers.

Too bad, I had to walk back home in the cold winter night, and I’m thinking about all those people laying in a warm room, surrounded by some chill tunes, waiting to fall into Morpheus’s arms while I’m in front of my computer, drinking cold coffee and trying to finish this article. – Erwan B.
Erwan B. is a French/Australian video editor but mostly waiter, avid reader, and wanna-be writer, who tends to go out too much for his own good. As a French person, he does walk around with croissants and baguettes.

As you can see, there’s something for everyone in Melbourne. We can’t get over just how many cool events are happening every week, which we love telling you about in our weekly newsletter.

Disclosure: The Plus Ones were invited guests of the Truffle Festival, Yarra  Valley in Melbourne, Zilla & Brook, and Second Story Studios.