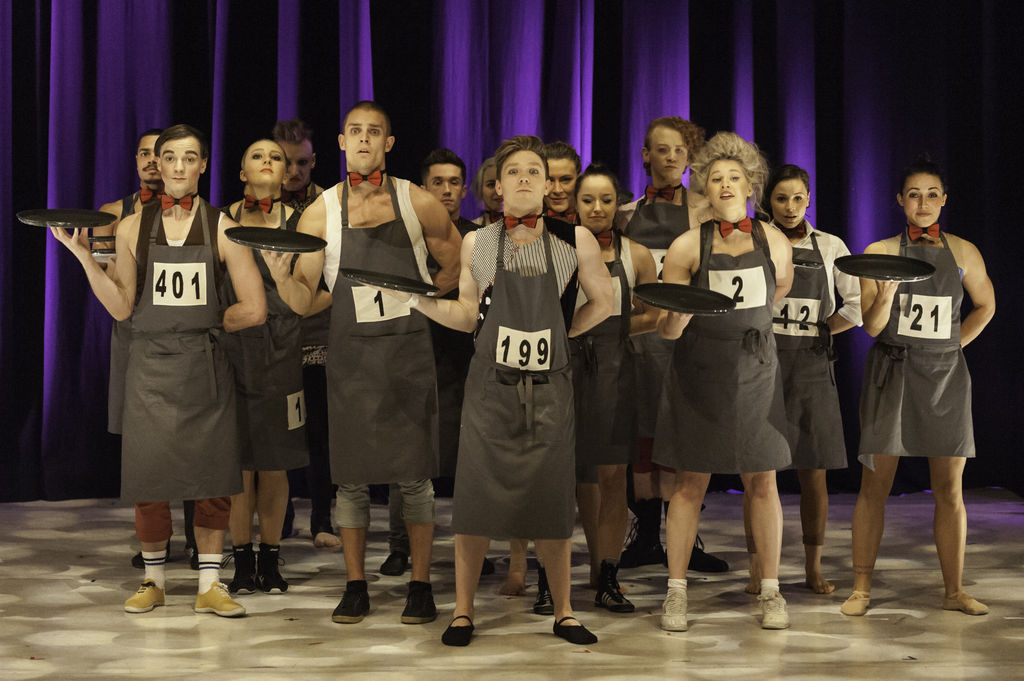 My friend Steph guided me last night though the cold back streets of Prahran to the imposing home of the National Institute of Circus Acts (NICA). As soon as we stepped inside, the atmosphere was electrifying.   A gallery of 1930s Parisian pictures and a cabaret setting set the ambiance for the spectacle that the class of 2015 Bachelor of Circus Acts had prepared.

While (naively) expecting traditional physical circus acts, I was pleasantly surprised at how much more there is to modern circus.  Using building blocks of tumbling, trapeze, tight wire, clowning, and juggling, the performers added dance, acting, sketch comedy, props, and a consistently great choice of soundtrack to make it rather a show of 16 circus-inspired variety acts that showcased the breadth of talents of the graduates.

Jillibalu Riley’s act was one of Steph’s highlights, an impressive display of stage presence and physical prowess on aerial straps, accompanied by evocative didgeridoo playing.  If I had to pick one, I particularly enjoyed the handstand performance where Corrie scales a precarious tower of chairs holding an aerial to try to fix the reception in an old TV set.  It made us hold our breath and cheer in exhilaration.

Each short act was ushered in by the rest of the circus crew acting as Parisian garçons in quirky comedic interludes, with a charismatic and voracious popcorn-eating Simone in a clown fat-suit acting as a master of ceremonies.  It always felt that the troupe were having as much genuine fun together as with the rest of the audience, making for a delightful and festive atmosphere. 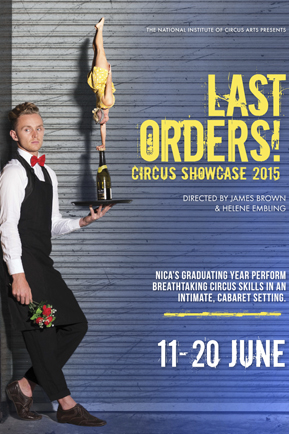 Disclosure: The Plus Ones were invited guests of Mollison.