If you’re a huge craft beer aficionado/aficionada, you don’t refer to it as the Great Australasian Beer SpecTAPular. You just call it ‘GABS’. And you’ve already download the app.

What is GABS? It’s a celebration of craft beer. Basically, hundreds of craft breweries from Australia and New Zealand brew up one-off concoctions to be served up at the weekend-long festival. There are 300 beers to choose from — a daunting but oh-so-fun task. 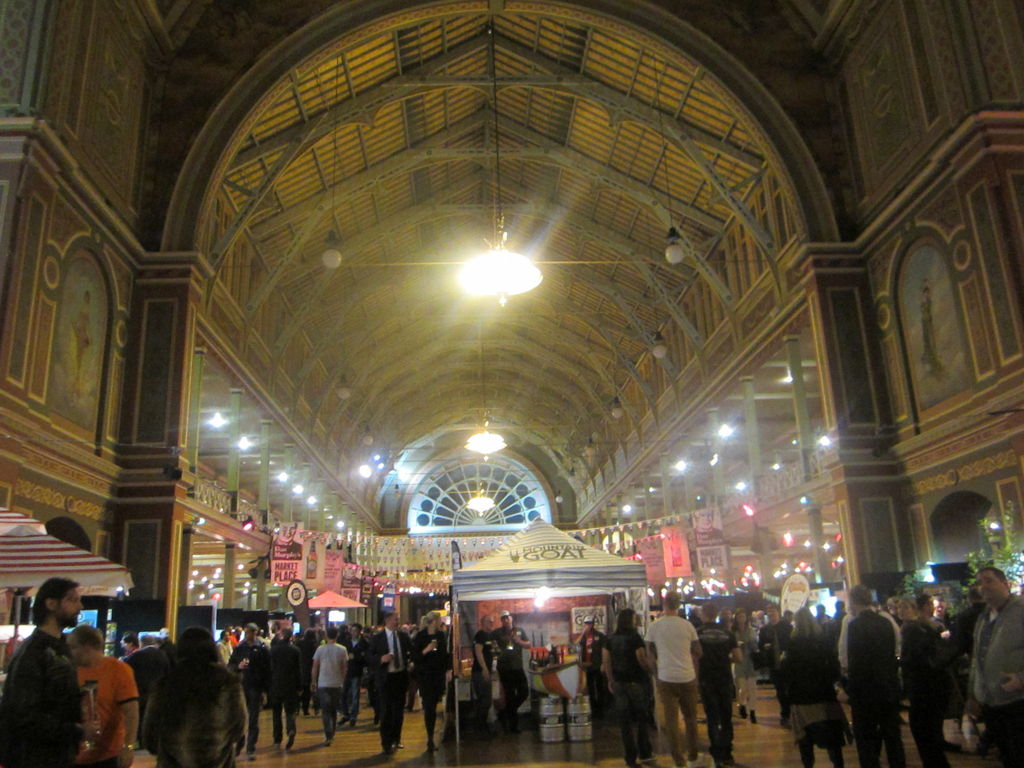 Ruki and I were lucky enough to win tickets to GABS the first time it was held at its permanent location of the Royal Exhibition Centre. Four years on, everything’s bigger, better, and all-around smoother. Okay okay, I’ll admit that I loved waltzing into the non-existent line for festival pass holders and media (why didn’t more people buy festival passes?! Do it next year, everyone). 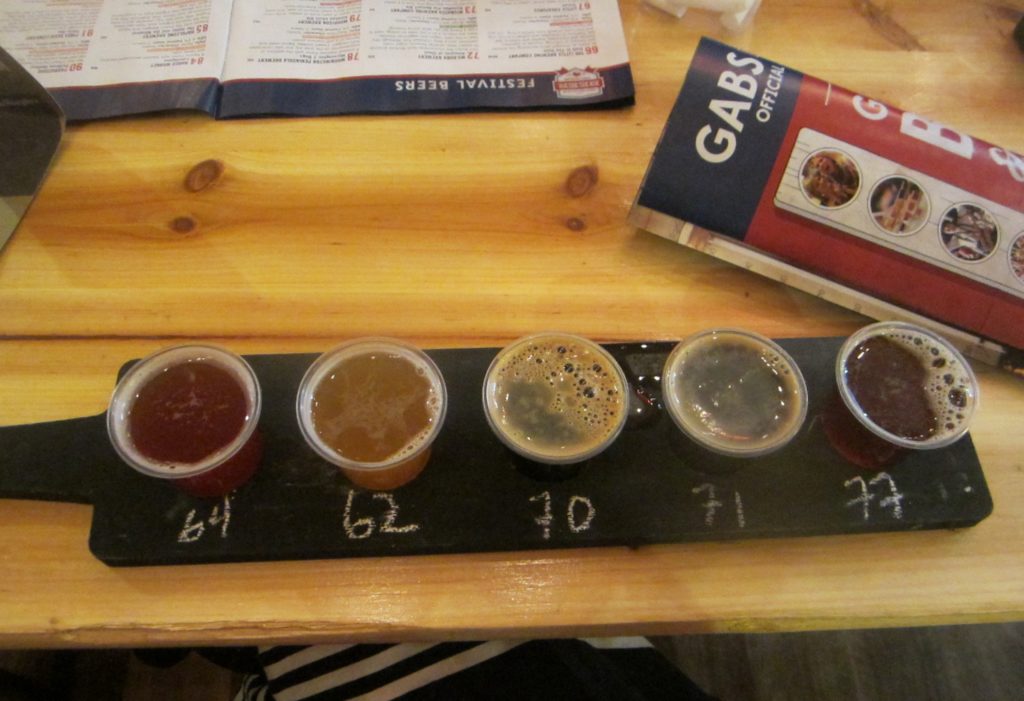 our first GABS paddle of the night

You’re handed a souvenir glass as you walk in, along with the official guide. Want to sample the beer? The centre of the Royal Exhibition Centre is filled with all 300 beers, marked with helpful signs not only saying what the name and number is, but if they’re more You pick up a paddle, chalk the numbers you want, and get five samples. Then take it back to one of the many tables and start drinking. If you’re like me and Ruki, you’ll quickly make friends with your tablemates and start sampling all of each other’s choices. (Remember: alcohol kills germs.)

There are also myriad food options, too. I opted for a gloriously tasty Philly Cheesesteak that was even better than those at The Catfish. And if you want to talk to a brewer — like the affable Hendo from Brewcult — many of the breweries have stalls where you can fill up your souvenir glass to the brim for a few tokens. There’s even Giant Jenga! 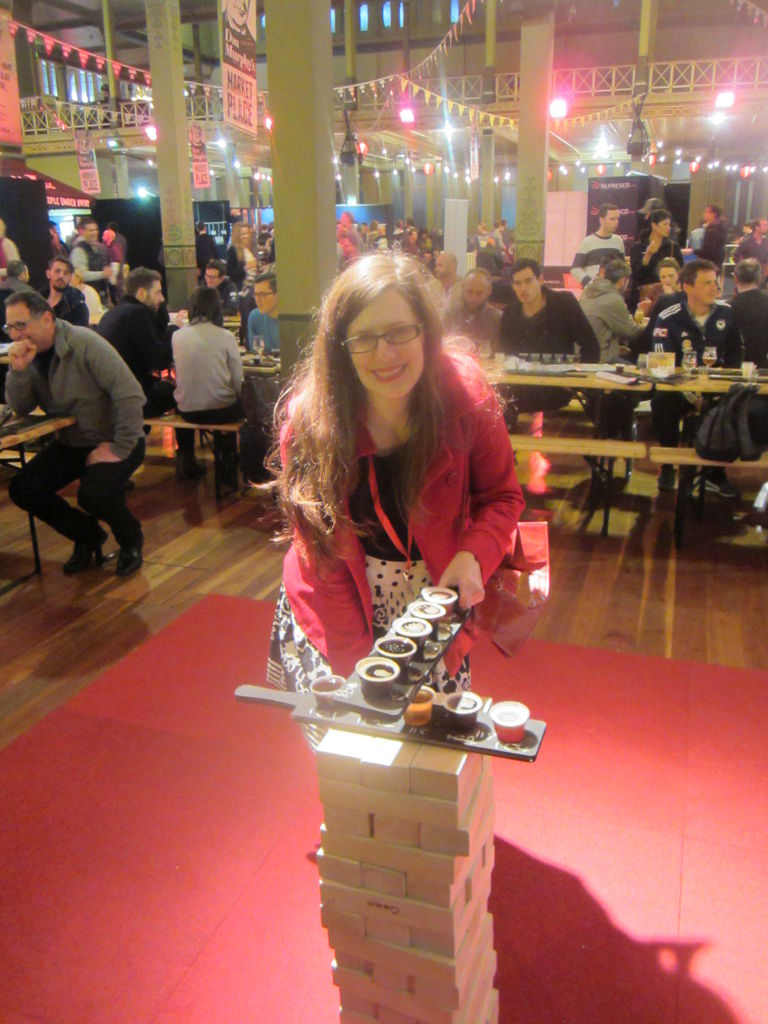 Theresa decides to do a balancing act with Giant Jenga

GABS is a must for craft beer enthusiasts. And even those who are iffy about beer are bound to find something they love. Ruki was in spasms over a beer that tasted like banoffee pie. Which one? You’ll have to go to GABS and try the 300 beers to find out…

– Theresa
One of the co-founders of The Plus Ones, Theresa loves nothing more than going to amazing events and telling people about them.

GABS runs 22-24 May at the Royal Exhibition Building in Carlton. Buy tickets now.
The venue is accessible.

Disclosure: The Plus Ones were invited guests of KDJM Communications.

An Afternoon of Classical Culture with the Melbourne Symphony Orchestra