On an icy Melbourne day I had the chance to explore Little Saigon. Even better, I did so in the delightful company of Little Miss Melbourne and the The Weekly Review team. The first stop was the warming spices of Monkey King. Located in Menzies Alley near Melbourne Central, the venue and surrounding restaurants have added the air of a hawkers’ market to the lane with stalls outside. This makes it perfect for the RMIT/Melbourne uni crowd while allowing city workers to escape the hustle and bustle inside each venue.

After exploring, I feel like Melbourne now has three distinct Asia-dominated restaurant wonderlands:

Monkey King is the crown jewel in Little Saigon. First, I have to talk about the teapot beer. Yes, you’re served a range of delicious Asian brews that come straight from a teapot. Perhaps there’s a bit of novelty value over substance — but hey, there aren’t many surprises in life, and this certainly was a surprise.

The fare is delectable. Monkey King is operated by the same team that runs Oriental Tea House and Zhou Zhou. They know their Asian cuisine, and Monkey King is no exception. There were two stand-out dishes for me: gloriously salted chicken ribs (which aren’t skimpy on succulent flesh), and the vegetarian spring rolls. The rolls were full of flavour and packed an audible crunch as I hoed into several of them! 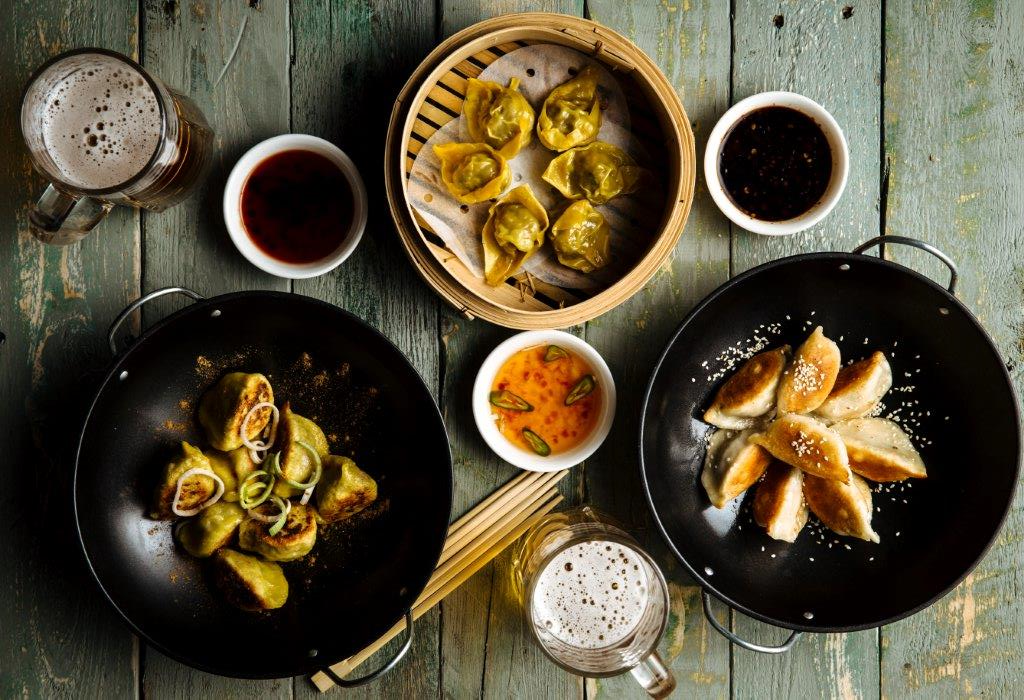 Now, to the opium den. Okay, clearly there aren’t any wispily-bearded oriental men smoking on pipes. Rather, it’s a sophisticated space of quiet bliss. Happy tea is at your beck and call to boost serotonin levels while you mellow out on the plush couches and kick back with some entertainment. When we entered we all asked how much it was to book — free. Free! Take dates here to impress was my immediate thought. On weekdays no bookings are currently required, but on weekends it’s advised to book ahead.

Disclosure: The Plus Ones attended Monkey King courtesy of Undertow Media.