The Human Rights Arts & Film Festival kicked off on Thursday night in Melbourne with the opening film I Will Not Be Silenced. The film was a story of the courage, resilience, and strength of Australian woman Charlotte Campbell-Stephen, who was brutally gang raped in East Kenya in 2006. It follows her search for justice in a futile legislative system. I read the film synopsis before so I was ready with enough tissues for both me and my plus one. By the end we were both emotional but extremely empowered by Charlotte’s strength.

‘I Will Not Be Silenced’ – photo courtesy HRAFF

Both of us were rugged up for winter so we decided to walk over to the festival afterparty at one of my favorite bars, Blue Diamond, located on Queen Street. It gave us a chance to talk of the film which had such staying power for us both. The afterparty was sponsored by Xanadu Wines, which were flowing throughout the evening. The venue was abuzz for what the rest of the festival might bring after the resounding opening. 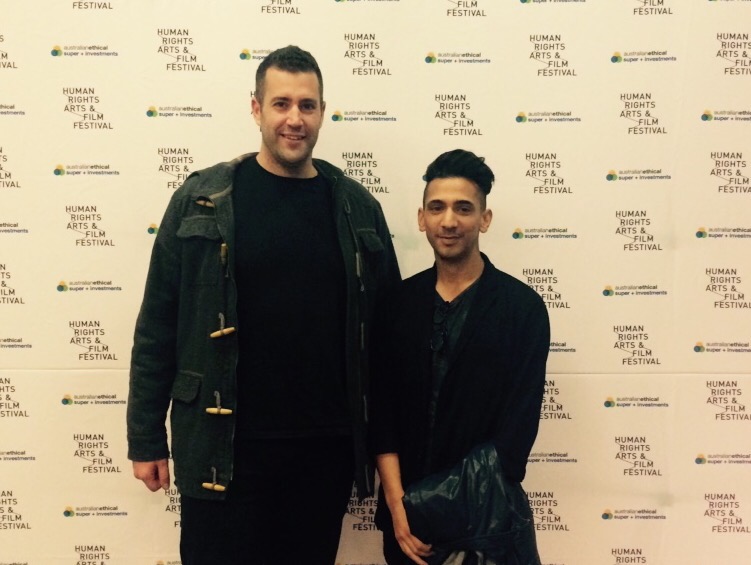 Brenton and his +1 at the opening night party

Here are my top five picks for the remainder of the festival, which I hope you enjoy.

The Human Rights Film Festival runs over the next two weeks (Tues. 5 to Thur. 21 May). Let myself & The Plus Ones know which films you see and enjoy by tagging us on Twitter at @SoSpinky and @ThePlusOnesMel.