Kate Dehnert’s ‘Pony Yell‘ is a unique show powered by a very unique individual. Encompassing the loose tale of a reluctant postie and her somewhat faithful pony in a rich fantasyland, ‘Pony Yell’ is a wonderfully diabolical mash-up of bizarre and lovable characters, surreal interactions, and uniquely hilarious fourth wall-breaking moments. 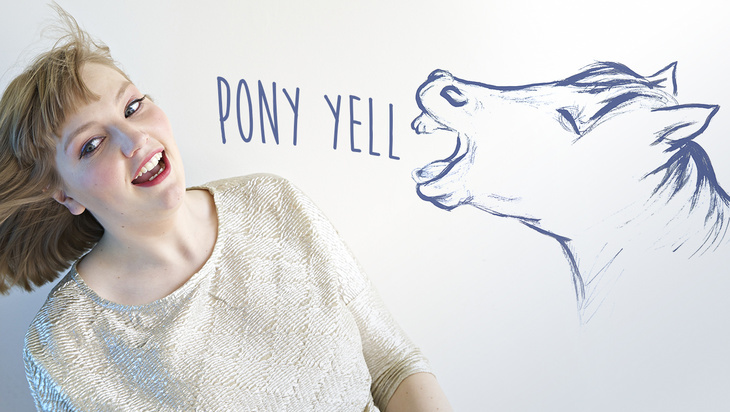 The overall show is delivered at an astonishingly impressive pace, leaning towards an energetic style that is as comedic as the characters portrayed. (The rock monster was a particular favourite of mine.) Musical numbers and various sketch pieces are interwoven throughout the journey of the narrative. This gives the show an overall variety of material that encompasses Dehnert’s range of presenting both the humour in the abnormal and the downright clever. It is easy to see why she is regarded as an emerging top talent. I for one look forward to seeing what journey lies in store next.
‘Pony Yell’ runs right up until the 19th of April. If you wish to partake in what a lot of people are talking about, a booking would be a sensible recommendation.

Pony Yell runs 6-19 April at the Imperial Hotel.
The venue is not accessible.

Disclosure: The Plus Ones were invited guests of Kate Dehnert.