Have You Entered Our Comedy Fest Giveaway? – 13x double passes, one very lucky winner!
Em Rusciano is an all-singing, all-dancing sequin covered comedy spouting babe. The Motherload is intended to take the audience back to their childhood selves, with John Farnham tribute numbers and flashbacks to parent-caused emotional trauma. I was a bit on the young side of the target age, with my childhood including watching Rusciano perform on Australian Idol, but the content was still hilarious subjectively. 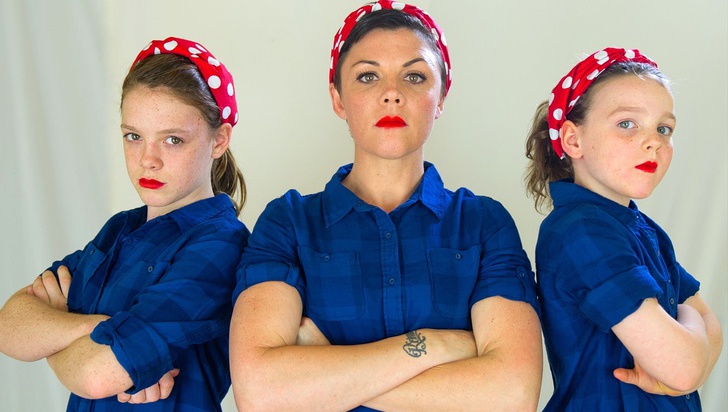 I don’t have kids, and Em Rusciano’s horrific descriptions of the effects of pregnancy and childbirth have made sure that’s not about to happen anytime soon. She’s brutally honest and open about relationships, children and the perils of parental grudges, all with her father Vincent sitting next to her clutching his guitar in wait of the next giant musical number.

The Motherload is hilarious but definitely has a target audience, with majority of the female-dominated room thrusting their hands in the air on the question ‘who hated being pregnant?’.

Em Rusciano is a powerhouse of Australian comedy, and anyone who can do a high kick in DIY glitter stilettos and a sequin jumpsuit while belting a power ballad gets about seventeen thumbs up from me.

The Motherload runs from 26 March to 19 April at Trades Hall.
The show is wheelchair accessible.

Disclosure: The Plus Ones were invited guests of Em Rusciano.