I was 10 years old when I first watched ‘The Lion King‘ and 19 when the ‘The Lion King’ last came to Melbourne. I missed out that time but I wasn’t going to make the same mistake again.

As a child ‘The Lion King’ was one of my favourite movies (is there a musical for ‘The Land Before Time’? What I wouldn’t give to see Little Foot in song!). It was one of those classics that you would watch repeatedly (until your parents couldn’t handle it anymore) and learn ALL the lines to. The movie was among a pioneering class of animated films that combined depth of story and a world class score to make blockbusters out of children’s movies. As with the first time I saw it, I made sure I had my mum at my side, although I wasn’t going to shed tears this time around… 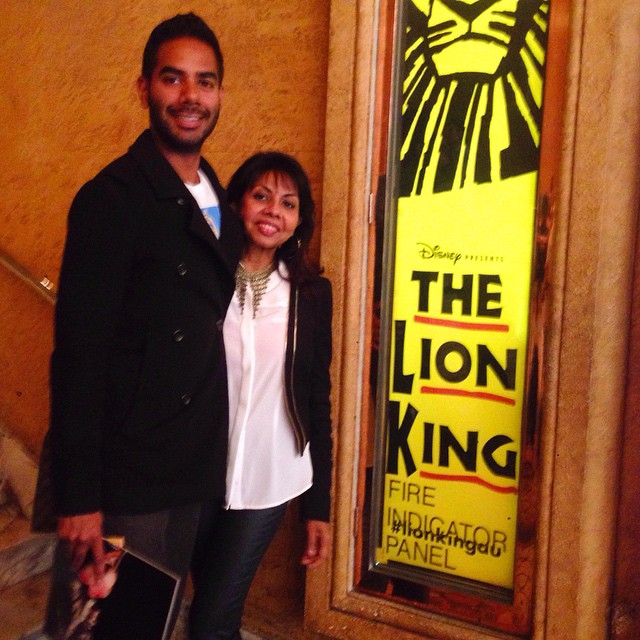 ‘The Lion King’ the musical is a world class production in every sense of the word. Richard Hudson’s set design had me incredulous. From sunrise to sunset, there was no expense spared. The costumes were so extravagant that they ascended into decadence, but what I loved was the way that the were designed to allow the actors to showcase their talents. The score, of course, combined everything nicely and stirred that little boy inside.

The opening scene will blow you away and then it just keeps impressing from there. The show is packed with so many oh-em-gee moments that I can’t actually fit them into one article. Just wait, however, until you see scene five – Rafiki’s tree – which has Simba talking with Mufasa’s spirit. Rarely do I go to theatre and feel so immersed in the performance that I forget that I’m at a theatre. Director Julie Taymor and her team have created a musical that draws you in and leaves you wanting more.

The Australian talent on display made me go home with a smile. As an adult I affiliated most with Zazu, the wise council to kings past and present (a slight change from when I was a boy where Mufasa was my hero). Cameron Goodall does a marvellous job at staying true to character whilst also imprinting his own mark on the role. His deft use of puppetry throughout and moments of light-heartedness had the audience in rapture. Josh Quong Tart, as Scar, reached a similar level of mastery and played his role to aplomb.

So was there a little tear when Simba was trying to wake up Mufasa following the herd’s stampede? Perhaps.

Disclosure: The Plus Ones were invited guests of Bridges PR.