“As You Like It” takes over the Royal Botanical Gardens, transporting you to a magical land where everyone speaks in Shakespearean English and the woman-dressed-as-man-seducing-a-man ends up happily ever after with her confused consort.

‘As You Like It’ cast – photo courtesy Australian Shakespeare Company

The Australian Shakespeare Company is deft at putting on ol’ Willie Shakespeare’s plays. Since 1987, when they put on their first outdoor performance of the Bard, they’ve performed to over a million people. I was lucky enough to take a +1 to an evening performance. (Meanwhile, Ruki’s checked out their performances of “Caribbean Pirates” and “The Wind in the Willows.” Theatre, FTW!) 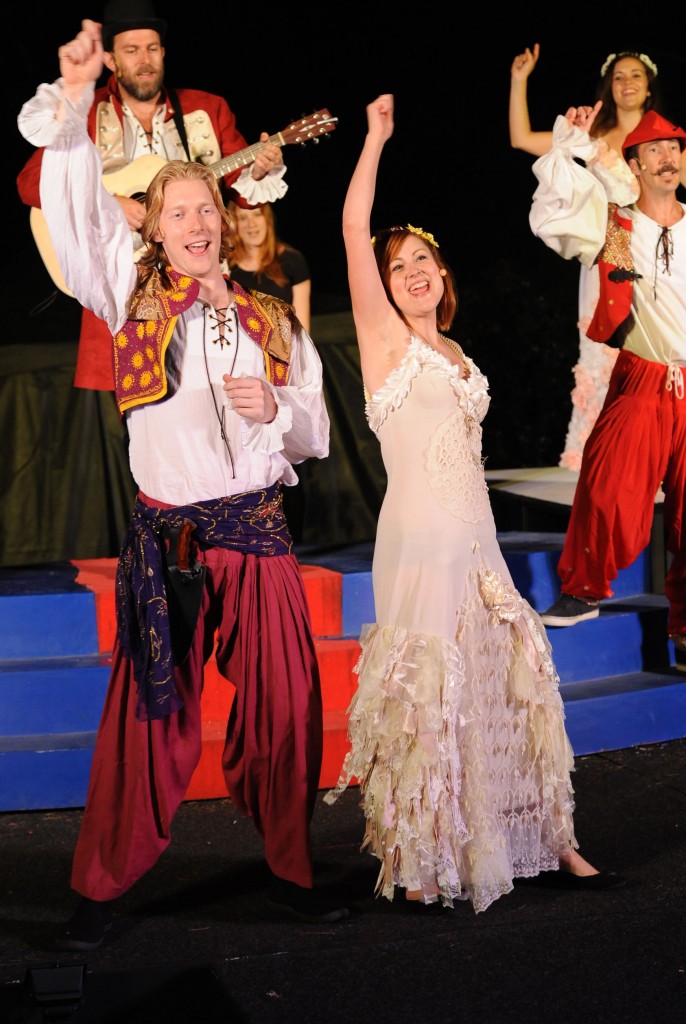 The play is one of Shakepeare’s comedies, so expect a lot of cross-dressing and star-crossed lovers. It’s cleverly done with an ensemble cast sometimes playing a couple of roles. They did a great job with the songs — apparently it’s the play with the most — and in getting the audience singing and clapping along. All of the acting is quite fine, but the standout was the performance of Jacques. He sang the best songs, delivered the best soliloquy, and stole the show with his snarky one-liners.

You will need to concentrate — this is Shakepearean English, after all — but it’s well worth the effort. I recommend buying the program to keep track of what’s happening. Its synopsis is far better than what you’ll read on Wikipedia (as my +1 and I did to buff up before the performance.)

In the Forest of Arden – photo courtesy Matt Deller

The ticket price, at $45 ($40 concession), is quite reasonable. Think about it: at the IMAX, you’ll pay $60 for two tickets, plus another $25 for a couple of drinks and Choc Tops. (Which I just did last weekend.) You’re paying for the experience of live theatre in the freakin’ Botanical Gardens. And you can bring in as many nibbles as you’d like — a gourmet feast, even. Trust me, cheapskates: you’ll get your money’s worth. 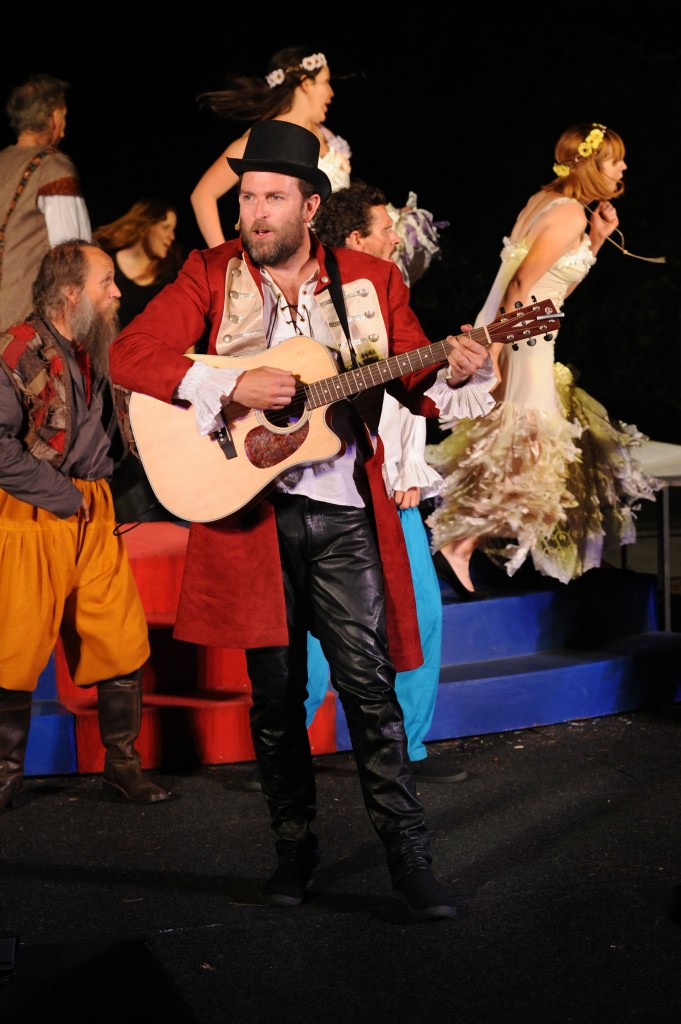 one of the songs, performed by Jacques – photo courtesy Matt Deller

I had a huge grin on my face through most of the performance. Sitting on a picnic blanket under the stars, watching Shakepeare being performed as dusk turns to night — it’s a once-in-a-lifetime chance. Or, if you’re lucky enough to live in Melbourne, a once-in-a-summer experience. Make sure you go this year.

Disclosure: The Plus Ones were invited guests of the Australian Shakespeare Company.