The words “Circus Oz” conjures up images of lions, acrobats, bearded women and evil clowns. This wasn’t your experience as a kid? Well then, you never went to the circus in Dandenong… Thankfully, Circus Oz is anything but what you may have experienced as a child.

Theresa and I approached the glamour on a very crisp Melbourne evening. The big top tent is in Birrarung Marr, right on the banks of the Yarra near the Federation Bells (which are amazing, by the way). I’d never been there at night and didn’t realise it shows off one of the best views of the city.

The atmosphere was fun with the crowd priming themselves in what I’m going to call the ‘snack top’ tent (as opposed to the ‘big top’). Full of vendors hawking their wares, it had all the Choc Tops the kids could handle and adult beverages for those of legal age.

Unlike some of the larger circuses out there, the feeling was intimate. We sat about midway but it felt like we were right in the thick of the action. Circus Oz isn’t a normal circus: it’s a mix of theatre, music, and acrobatical feats. I loved the fact that the performers themselves were very diverse, not the heterogeneous superhumans that make the cast of larger shows. 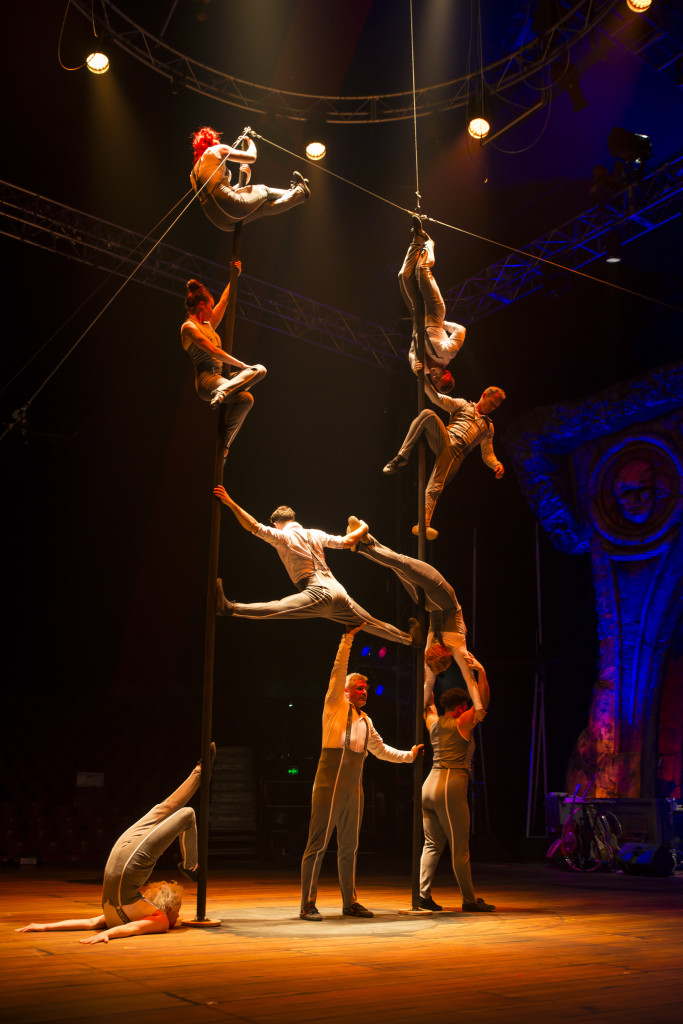 I also loved that the cast were multi-talented with all of them performing dual, triple, or in some super-talented cases, quadruple roles. My favourite act was to the unicyclist (who is also an acrobat, dancer, Chinese pole climber and I’m pretty sure I even saw him playing the guitar!).

The live music was unexpected and not something that I have seen coupled with circus acts before. Ania Reynolds, the musical director, did a great job of changing up between suspense building and light heartedness.

Kids were in full force for the show and had wide smiles throughout (some of the jokes may have been lost on them, though).

The theme of the evening was Diversity, Passion and Human Kindness, and they took donations at the end for the Asylum Seeker Resource Centre — a wonderful way to see Circus Oz’s social justice platform in action.

My first time back at the circus was definitely a success. Circus Oz fills a nice niche in between what people have come to know through Cirque du Soleil and the traditional circus that we went to as kids (there isn’t a clown in sight, thankfully)

Disclosure: The Plus Ones were invited guests of Circus Oz.