It’s all due to the team behind Good Beer Week (17-25 May), who have seen 400% growth in events since their 2011 launch. I’ve been involved in covering the event the past two years, and was so impressed by the events that I decided to run my own! 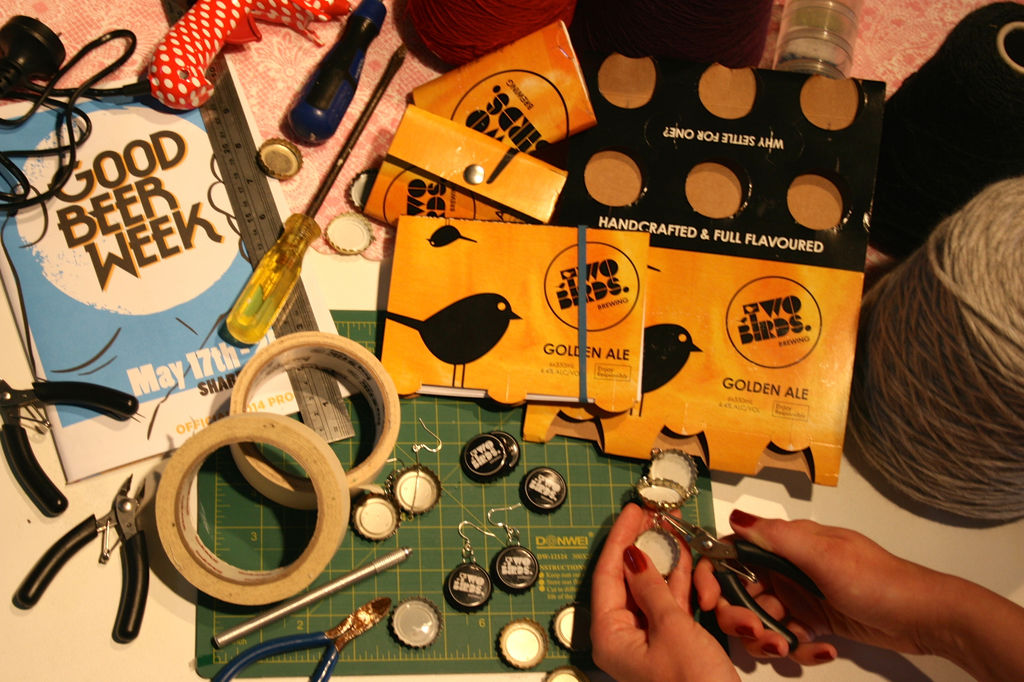 My event is female-focused, but of course crafty men are welcome, too.

Craft beer paired with craft making. What could be better?

Sample a variety of craft beer under the guidance of Jayne Lewis of Two Birds Brewing, paired with healthy snacks by Lee Gal of Naturalee. Then get your craft on! Create beer cap jewellery with Theresa Winters; learn the art of origami hop flowers with Lou from Paperlab.co; and make beer carton notebooks with Chloe Gunn of Gunnbelievable. You’ll walk home with a bag full of creations you made yourself.

The 2.5-hr session is hosted in the warm confines of sewing shop Thread Den. There will even be beer-related craft items on sale to complement what you make on the day. 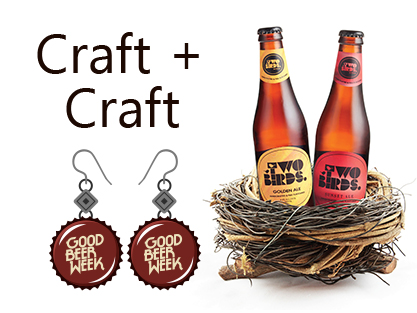 So I know you’re going to buy a ticket to mine. But what else should you go to? Many of the events have already sold out, so I’ve compiled my Top 10 Must Dos at Good Beer Week. Book your tickets quickly before they get snapped up.

To add insult to injury (to your liver) I have two more beer festivals for you:

Tiffany of Beer Girl Bites (and Two Row bar) wrote tips last year on how to survive the week. She knows what she’s on about, having helped organise the festival the past few years. Listen to the lady.

And listen to this lady: If you go to one festival in Melbourne this year, let it be Good Beer Week. You will get value for money, learn new things, and have an utterly fantastic time. And not just at my event — at all of them.

Seduction of Sanity with Hendrick’s Gin