The monthly comedy night at the Granary bar is full deserving of a wider audience.  The only regular event of its kind in Leith is staged in the salubrious confines of the Shore district, some lively and attractive bars and restaurants neighbour the Granary but all struggle to compete for its quality of food and its spacious environs.  Sometimes it’s nice for a change not to be hemmed in shoulder to shoulder in a bar and appreciate the more relaxing vibe the Granary affords.

This chilled out friendly setting certainly sets the tone for the comedy on offer.  In the upstairs room the comedians seem to feel at home with the diminutive audience and the event offers a lot of interaction between crowd and performer.  If that’s enough to put you off don’t be alarmed – It’s never nasty or bad tempered, but gentle and light hearted and encourages the audience to actually mix and talk to hitherto unknown strangers in the breaks.

The main beauty of the event is the calibre of acts.  Whilst some are new to the scene, often a big name comes along to showcase or trial new material.  This is particularly so when Fringe-time is close, some well established acts are regularly playing the Granary.  And all for a fiver, what a bargain.

To embellish the point above, the headline on tonight’s gig was John Scott, a well known face on the circuit who delivered a polished and relaxed set perched on a stool, a subtle mix of gentle humour and current affairs.  He did ask the audience to shout out themes for him to perform, such is the wealth of material and the confidence he had to deliver. 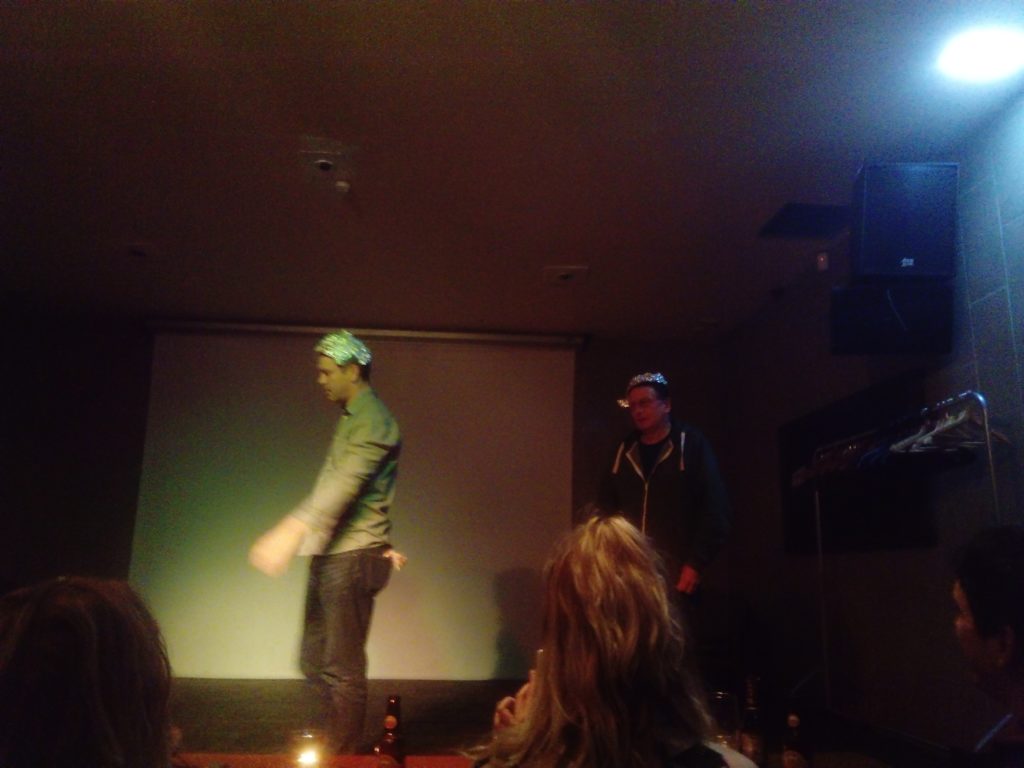 The support acts weren’t shabby either.  Corina McLeod has a claim to fame, she is from the same village as Donald Trumps mother so that’s unexpectedly unearthed some material for her and Kevin McPadden had some lively material well delivered.  But I especially liked Graham Stewart, here is a Tommy Cooper for the 21st century, some truly bad magic delivered in a very funny way.

Support this event – It deserves a bigger audience.

Steve Heald – Writing is my passion – Contact me if you would like me to review your local Edinburgh event.

Granary Comedy nights – the last Friday of every month, pay on the door £5 or see http://www.granaryleith.co.uk/events/comedy-night/  for booking details.