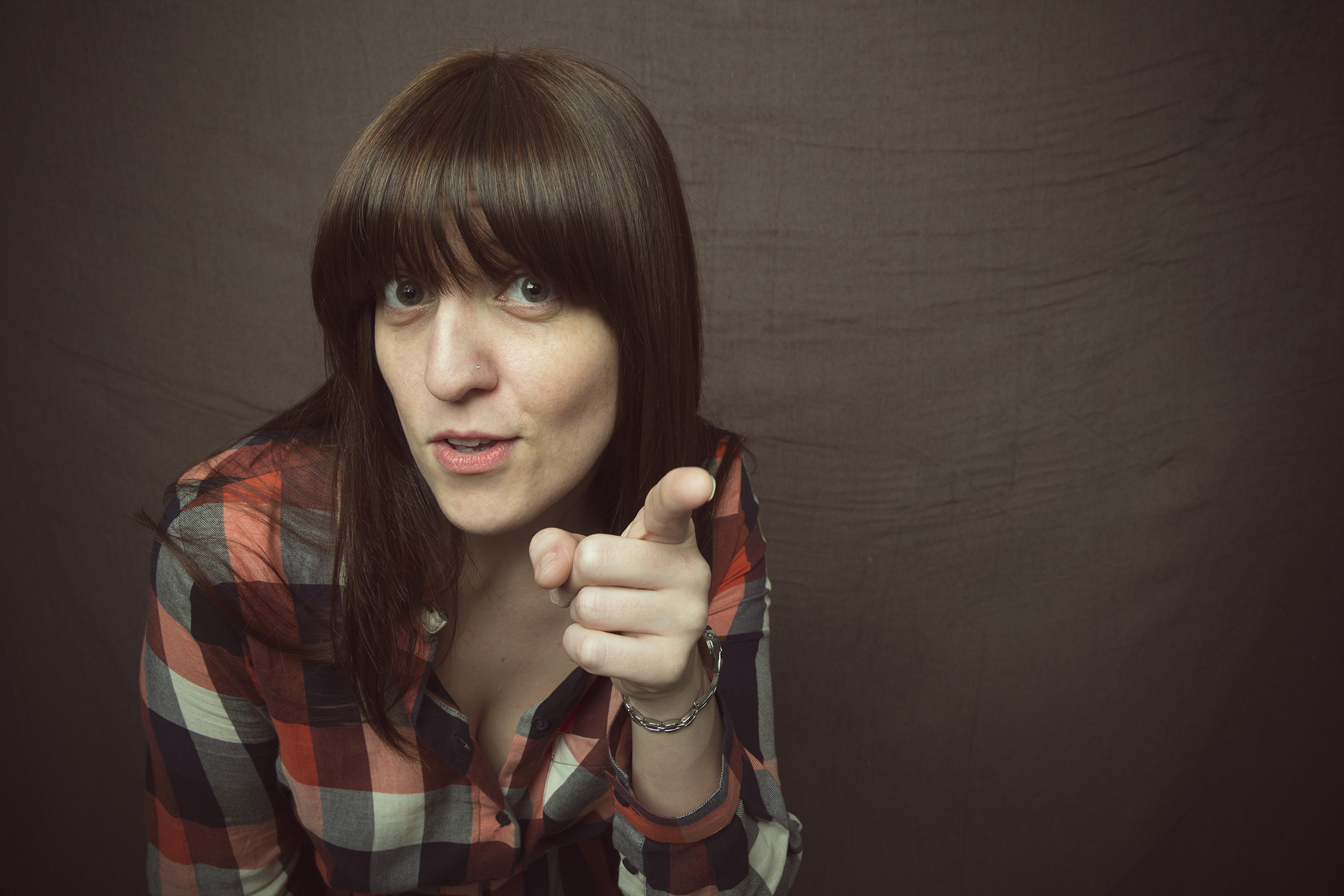 It’s early days, the beginning of the festival, and still the City is slowly grinding into gear for the mass influx of visitors to take on the shows on offer, which means most shows are running to less than capacity, this helps to create a more intimate vibe for many of the acts and eases them in gently, particularly if they are new to the festival scene.

Amée Smith certainly falls into that category, this is her first show of any description, and she seems a natural people person, the intimacy of the audience enhances her lively personality.  She shows no fear, and when she explains why she is doing this show, you understand how plucky she is.

The theme of the show is relationships, in particular her last one.  In this performance she explains it  is a cathartic stepping stone in moving her life on.  Her ex boyfriend was a talented guitarist so she picked up a guitar, learns how to play, and opens her show with it. She has a very nice singing voice to go with her guitar show.  Her ex boyfriend is a comedian, with dreams of performing at the Fringe, so she decided to build her own show and get in front of an audience at Edinburgh.  Despite him having a very long start over her they both (she doesn’t reveal his identity) debut at the Fringe at the same time this year.

She then tackles other themes in her life that people generally want to swerve.  She is a vegan.  She owns eight cats.  She loves to eat cake.  She admits not the best subjects to lead with on a first date, but you could imagine it being a lively and witty evening out with her, based on a lovely gentle show she produced today.

Amée Smith – Relax its not about you, is performed at the Underbelly Med Quad daily at 3pm (except Tuesday 16th)

Disclosure – The Plus Ones were invited guests of Premier PR.

A magic evening in Edinburgh…

Free Comedy at the Fringe – It’s Thea-Skot in Here…