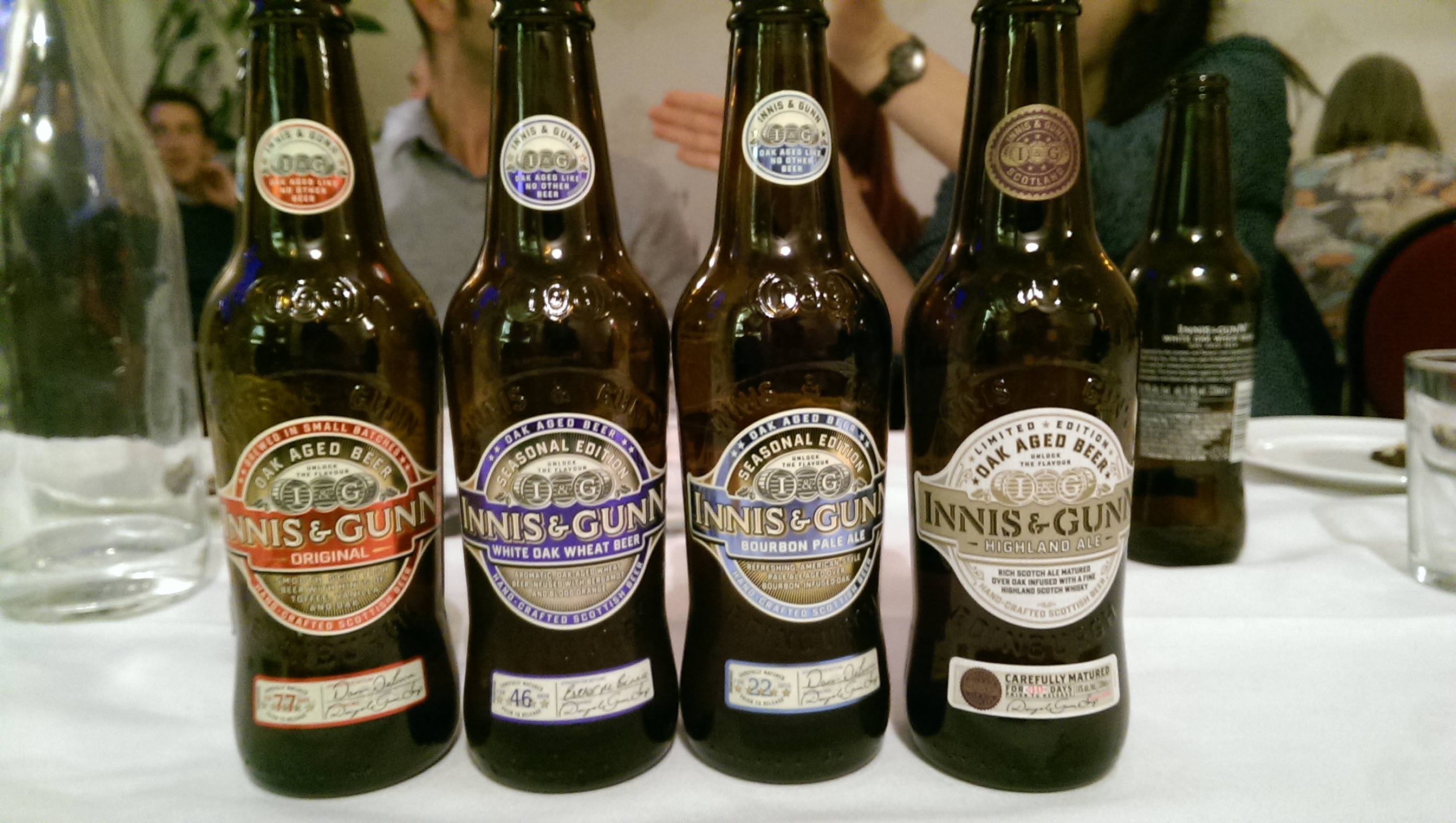 It seemed that winter very much arrived on Tuesday evening this week as I braved the biting Edinburgh wind heading towards the West End for a beer and chocolate tasting with Innis & Gunn and Edward & Irwyn at the legendary beer maker’s headquarters.

We couldn’t have been welcomed more warmly with our choice of of Innis and Gunn’s delicious cask aged beers in the grand surroundings of their Randolf Crescent base.  This gorgeous grand Edinburgh home plays host to lots of events, private parties and a cheeky wee bar right in the basement. 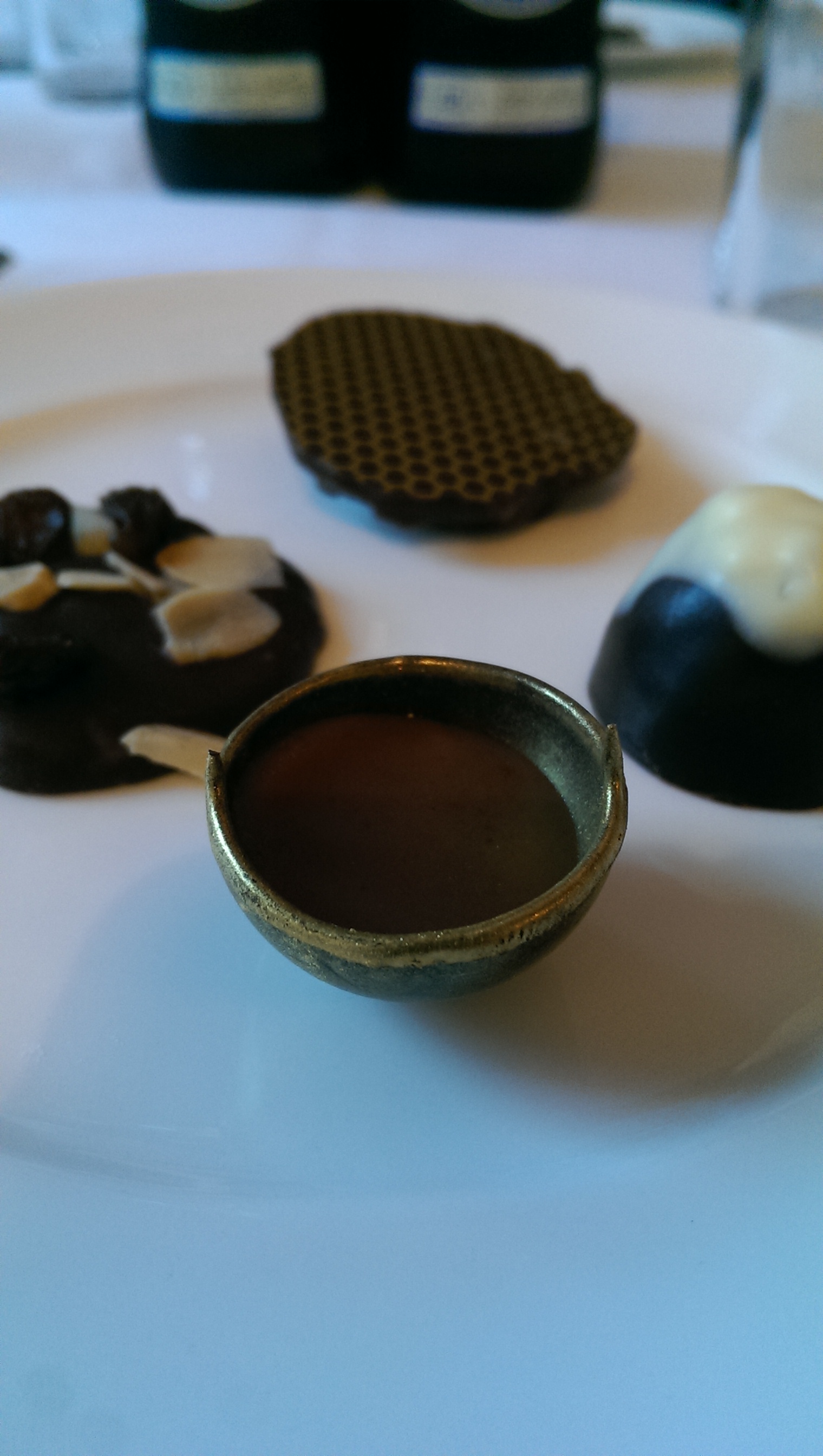 It may sound like a slightly unusual pairing with chocolate and beer but I was delightfully surprised by how well these two delicious artisan products go together! The tasting was hosted by the Innis and Gunn’s enthusiastic hospitality manager Claire who clearly has passion for both beer and chocolate as well as having an in depth knowledge of the history of Innis and Gunn and what an interesting history it is. Created somewhat by accident but with definite intention ever since, these beers are in-depth and complex.  Aged in a similar method to whisky, the layers of flavours are clear and I was so excited to be pairing this with my favourite nibble of the moment, Edward and Irwyn, the delightful independent chocolatiers based in Morningside.  My favourite pairing was the bourbon pale ale and a delicious bunt butter golden cup which was dark and exciting but I also loved the bergamot notes in the white oak wheat beer.

Innis & Gunn are hosting a number of similar events this season including cheese and beer tastings (sounds right up my street) so get something booked in for a winter warmer!

Making your own lovely lingerie at a fabulous boutique in Edinburgh

A stunner of a new wine and cheese bar in Stockbridge