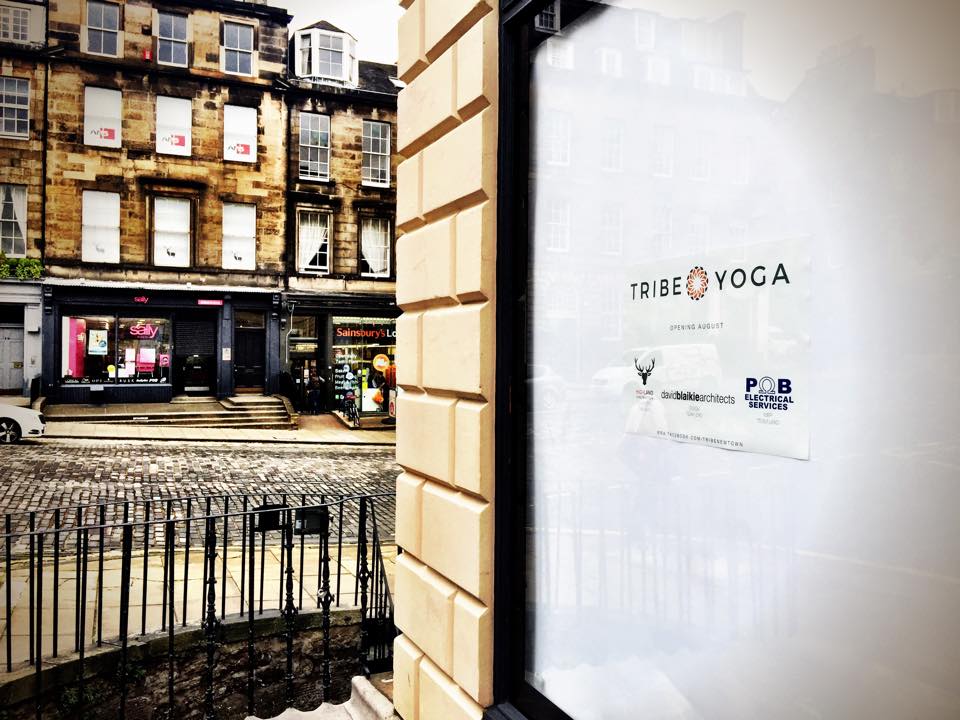 Nestled among the imposing town houses of Northumberland Street in Edinburgh’s new town you’ll find an oasis and the beginning of a new evolution of yoga in our fair town.  Saturday night saw the launch of Tribe Yoga, a highly spec’d studio which has a real ambition to introduce yoga to newbies as well as plenty of hot power yoga, pilates and yin for all levels.

The launch itself was a pared back sophisticated event with fizz, soft house beats and exciting goody bags. The new instructors seems exceedingly excited about the studio and speak highly of the owner who was ever present taking care of every detail of the launch and the studio.

Upon entering the studio you’ll find an inviting reception with white walls, large windows and steel pipes more reminiscent of a New York loft than a New Town flat. It’s an area where you’re encouraged to spend time chatting with instructors and other students developing a real community feel. There are two lovely studios and the ceiling in the main studio sparkles with twinkling lights creating a night sky scene. I’m reliably informed that they are designed to resemble the actual placement of the constellations, I can’t think of a more glorious way to luxuriate in final resting pose after a sweaty practice!

With a full schedule including early morning classes and very competitive pricing this place is destined to become the hottest (42 degrees to be exact…) yoga spot in town. Head down to check it out, they are offering free classes from 24th to 31st August ahead of their full time schedule release on 1 September.

Jane Pendry is The Plus One’s Director in Edinburgh.  She is borderline obsessive about good food and yoga.  After a year galavanting around the world, she has returned to her home town to pursue her passions for exciting events, food and writing. Follow Jane at www.ediblerambles.com