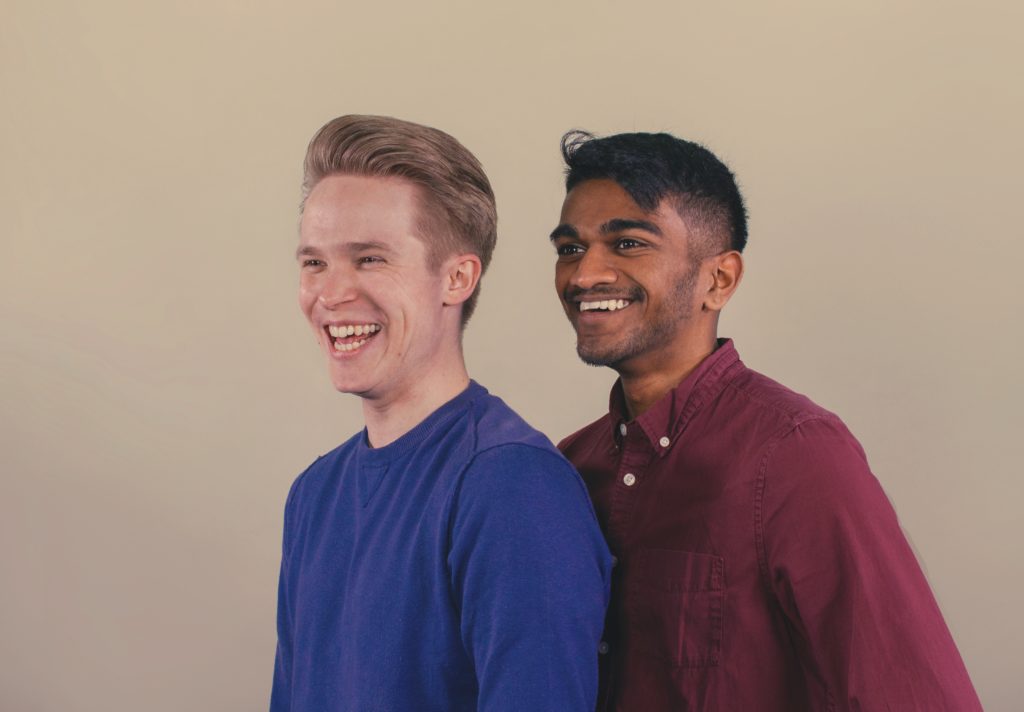 Another day, another hour of comedy this time with the hotly tipped duo Paul G Raymond and Luke Manning performing a sketch show titled In Cahoots: Two White Guys and currently running at the Pleasance Courtyard as part of the Edinburgh Fringe Festival.

The show comprises a quick paced romp through a number of sketches.  Playing with the idea of race we watch an endearing piece between a cab driver and his passenger and we are introduced to Chris Martin of Coldplay set at some point in the future.  Unclear whether or if the scenes are random or linked, we are kept in the dark the end when we see everything coming together in a satisfying and unusually non-smug finale.

At one point the team pick an audience member and quiz them to reveal their profession. Clearly this gag is utilised to be picked up at other points within the performance.  However, at our performance they happened to pick out a member of the audience who had a genuinely ‘interesting’ job.  This individual had made independent films and it just so happened that our performing duo had studied those films at university.  We could almost see the cogs turning as alternating between the thoughts of “damn that’s genuinely interesting, I know who you are and I’m in awe” and “shit, there is no comedic value in this dude because he’s too cool”.  It’s one of the joys of stand up comedy, seeing a confident performer relish the requirement to think on their feet and utilise the material to turn the moment into laughter which he did with ease.

You’ll be giggling along the whole way as the duo manages to stay on the good side of the tricky balance between comedy and social commentary.  Clearly a team to watch and well deserving of their regular 4 and 5 star reviews this year.  You’ve still got a few days to catch them in Edinburgh and you won’t be sorry you did.

Jane Pendry is The Plus One’s Director in Edinburgh.  She is borderline obsessive about good food. Having spent a year travelling she has returned to her home town to pursue her passions for exciting events, food and writing. Follow Jane at www.ediblerambles.com

Disclosure: The Plus Ones were invited guests of the In Cahoots: Two Guys